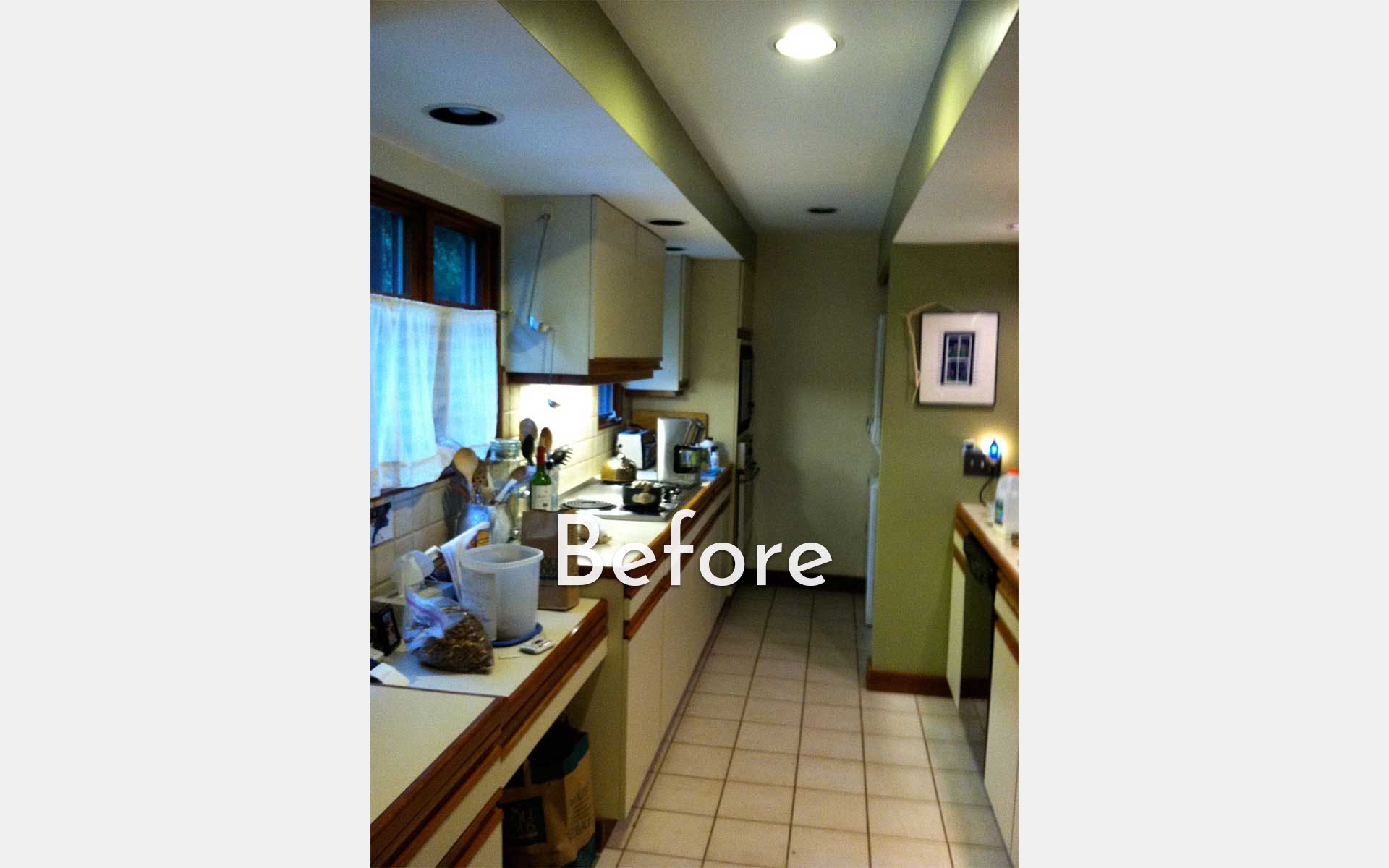 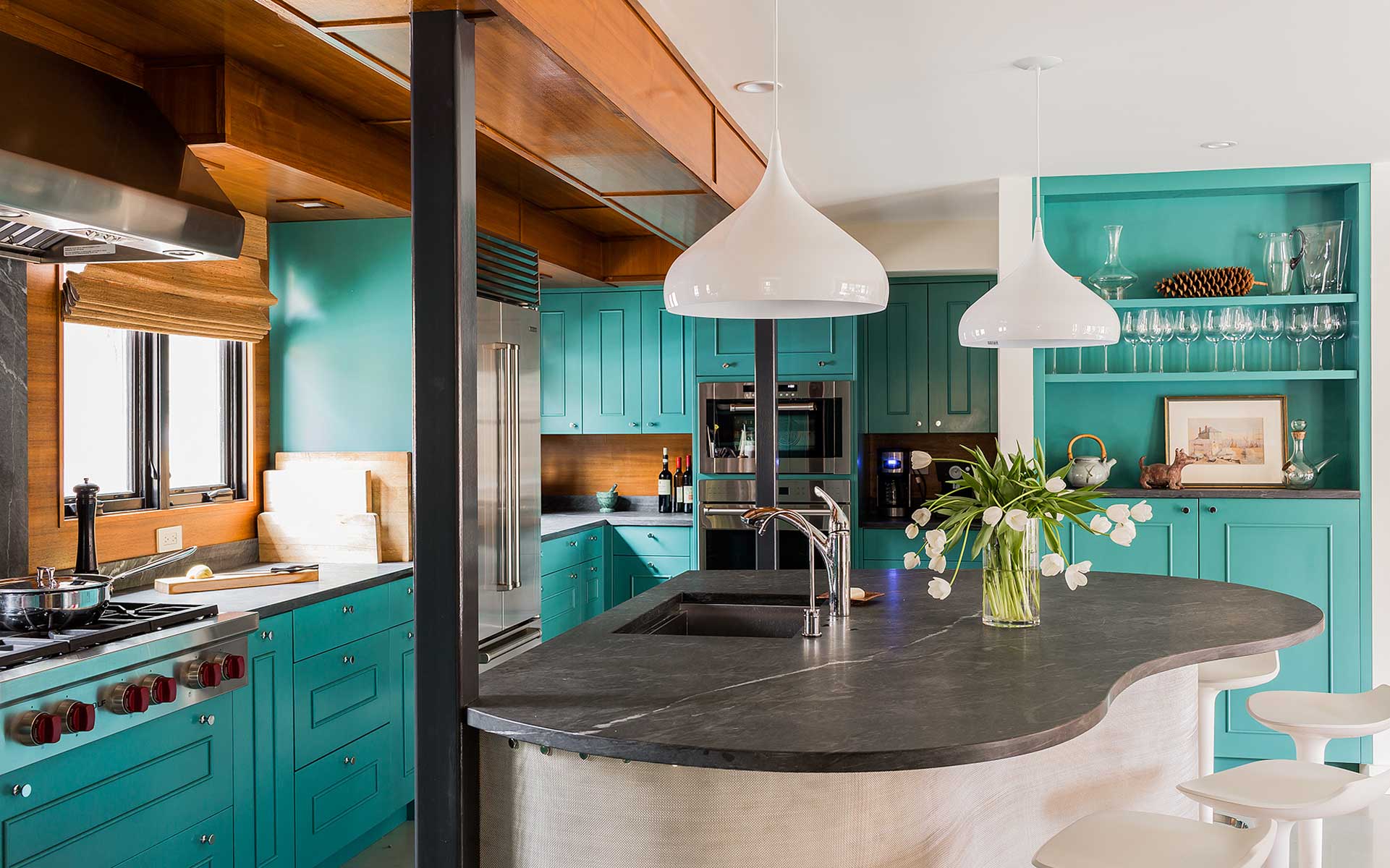 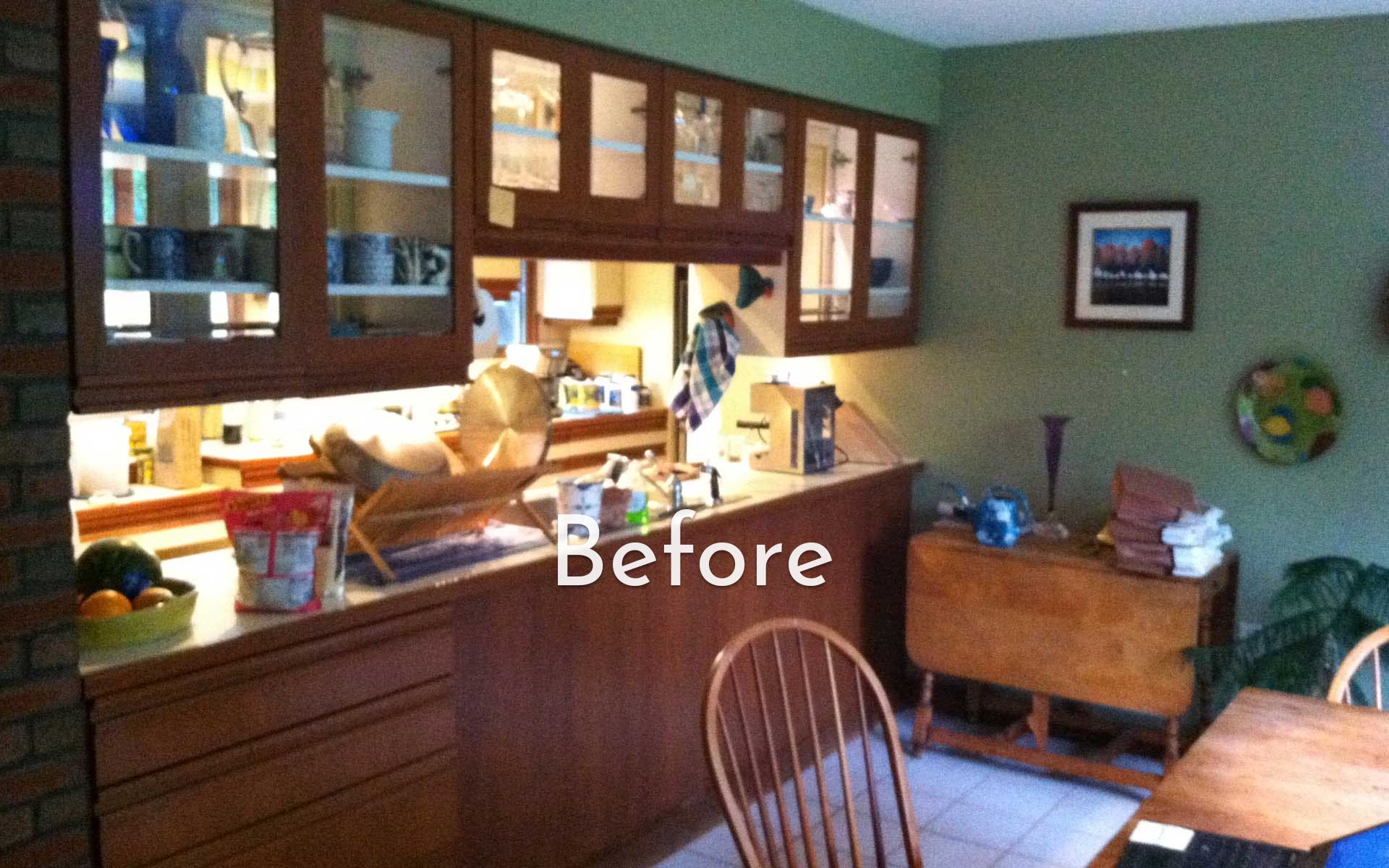 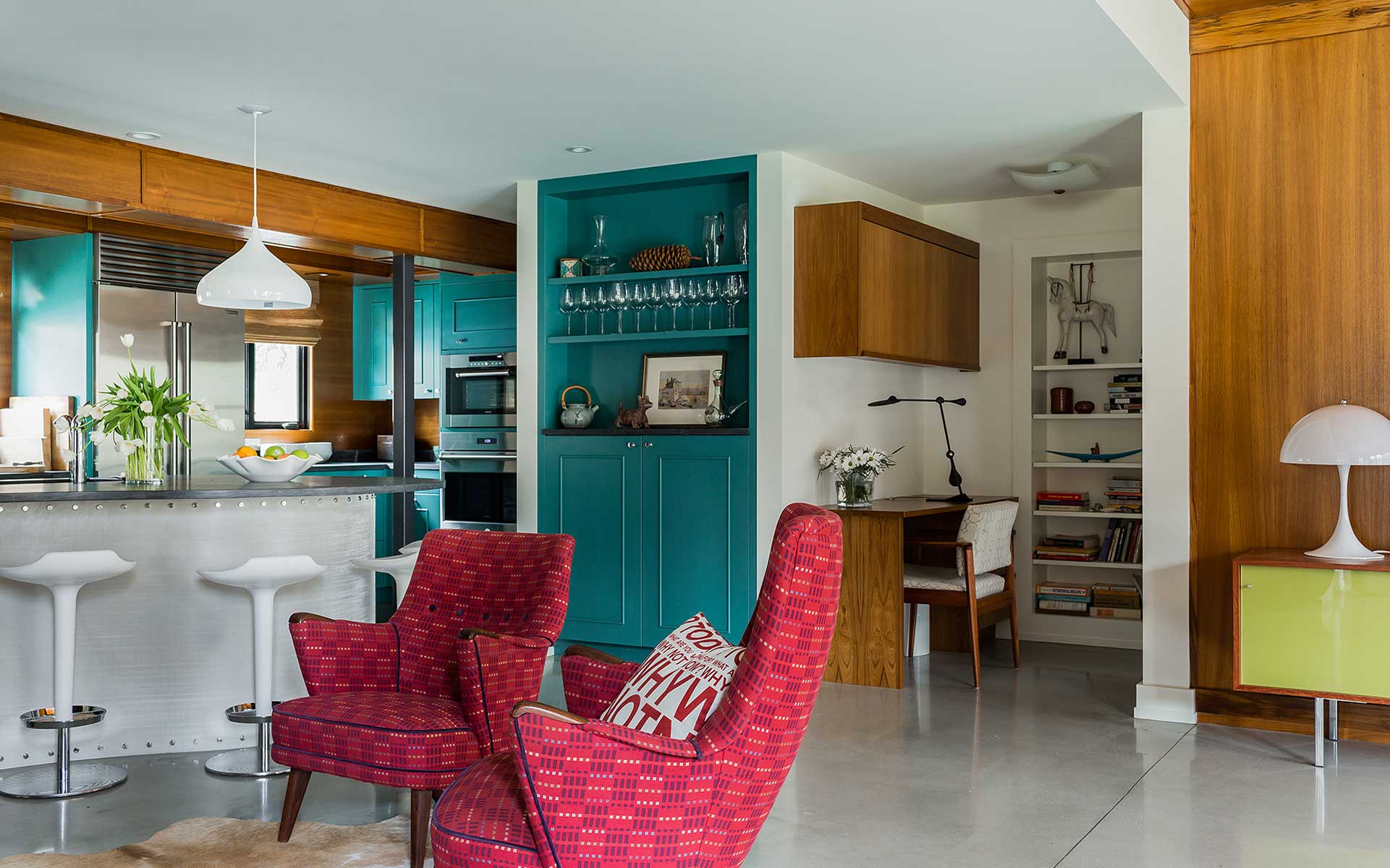 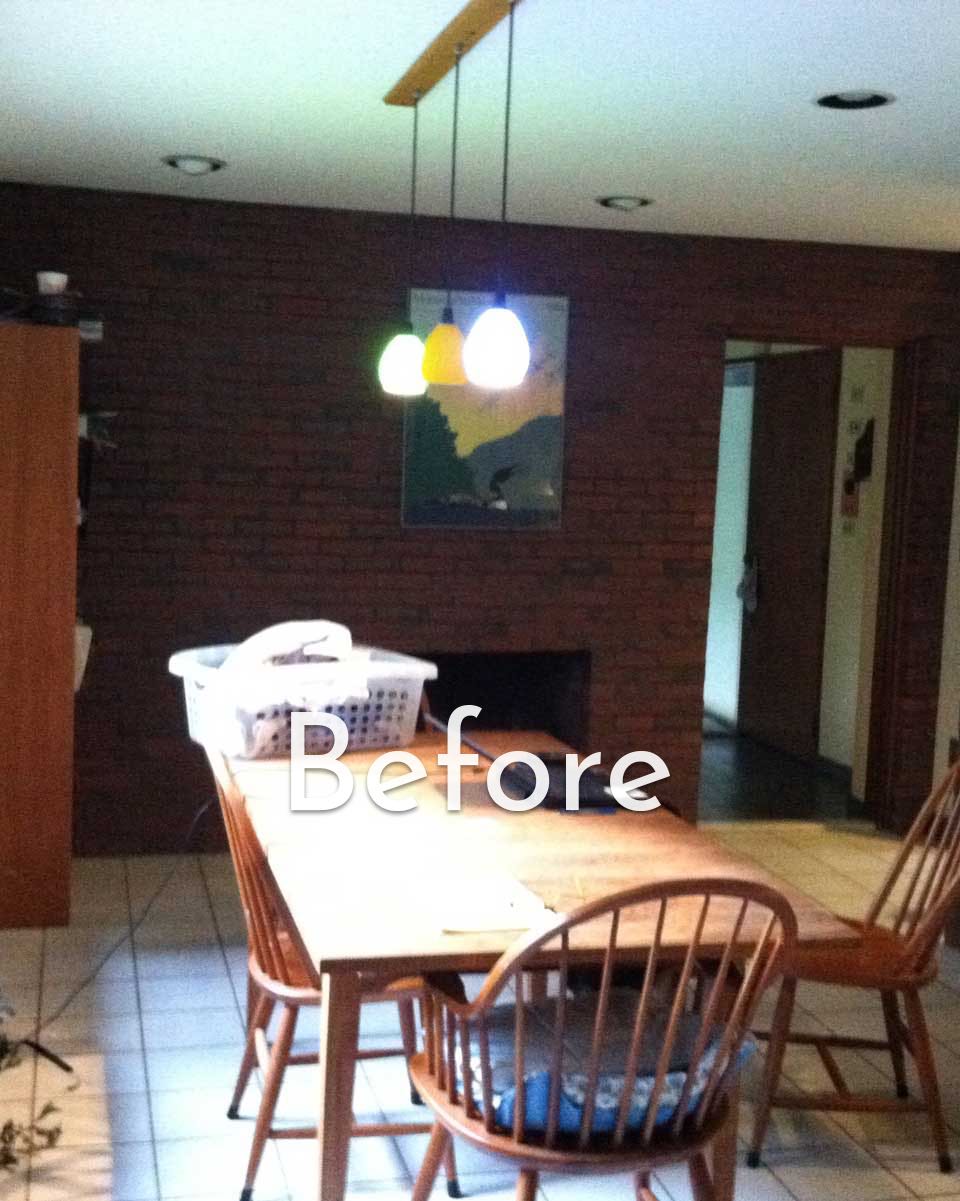 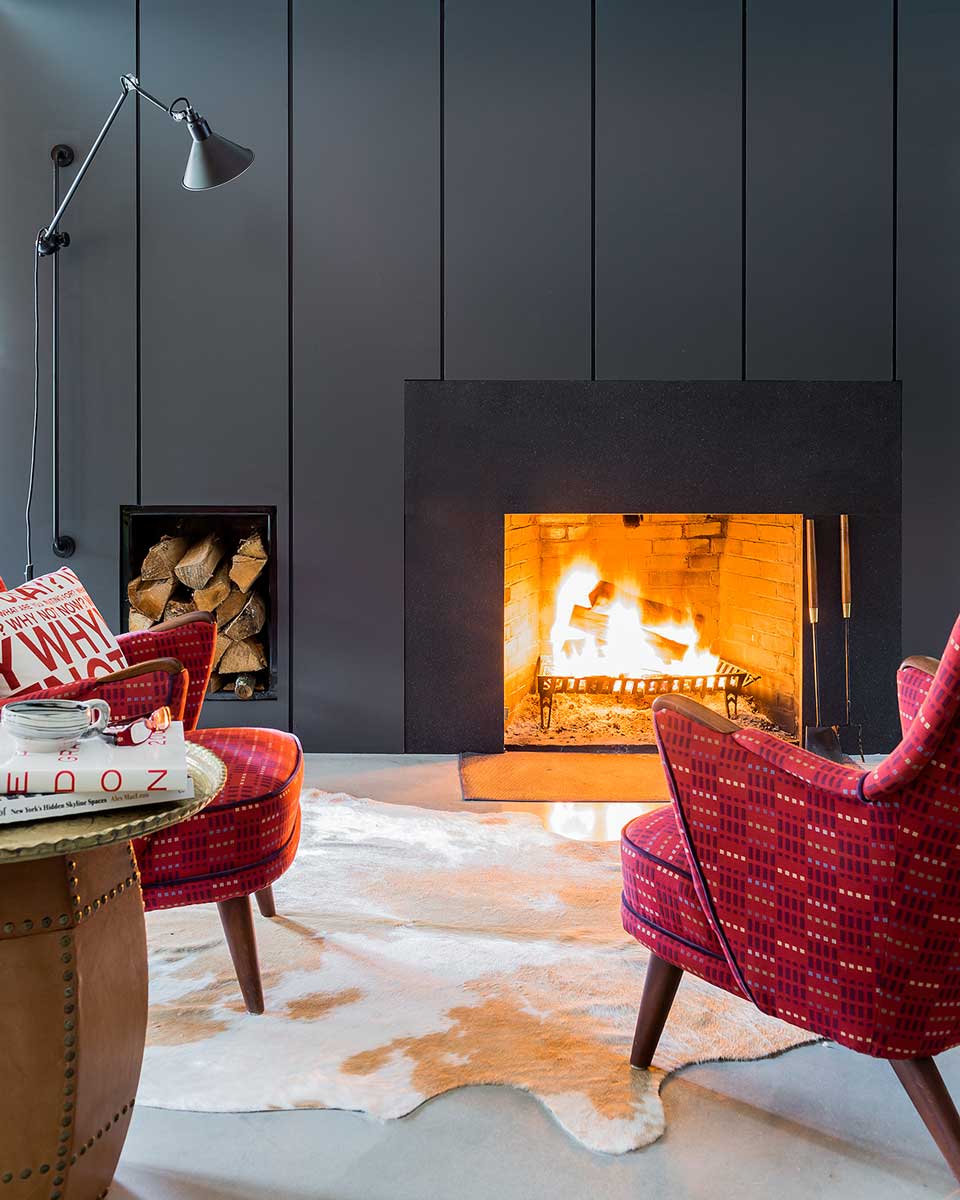 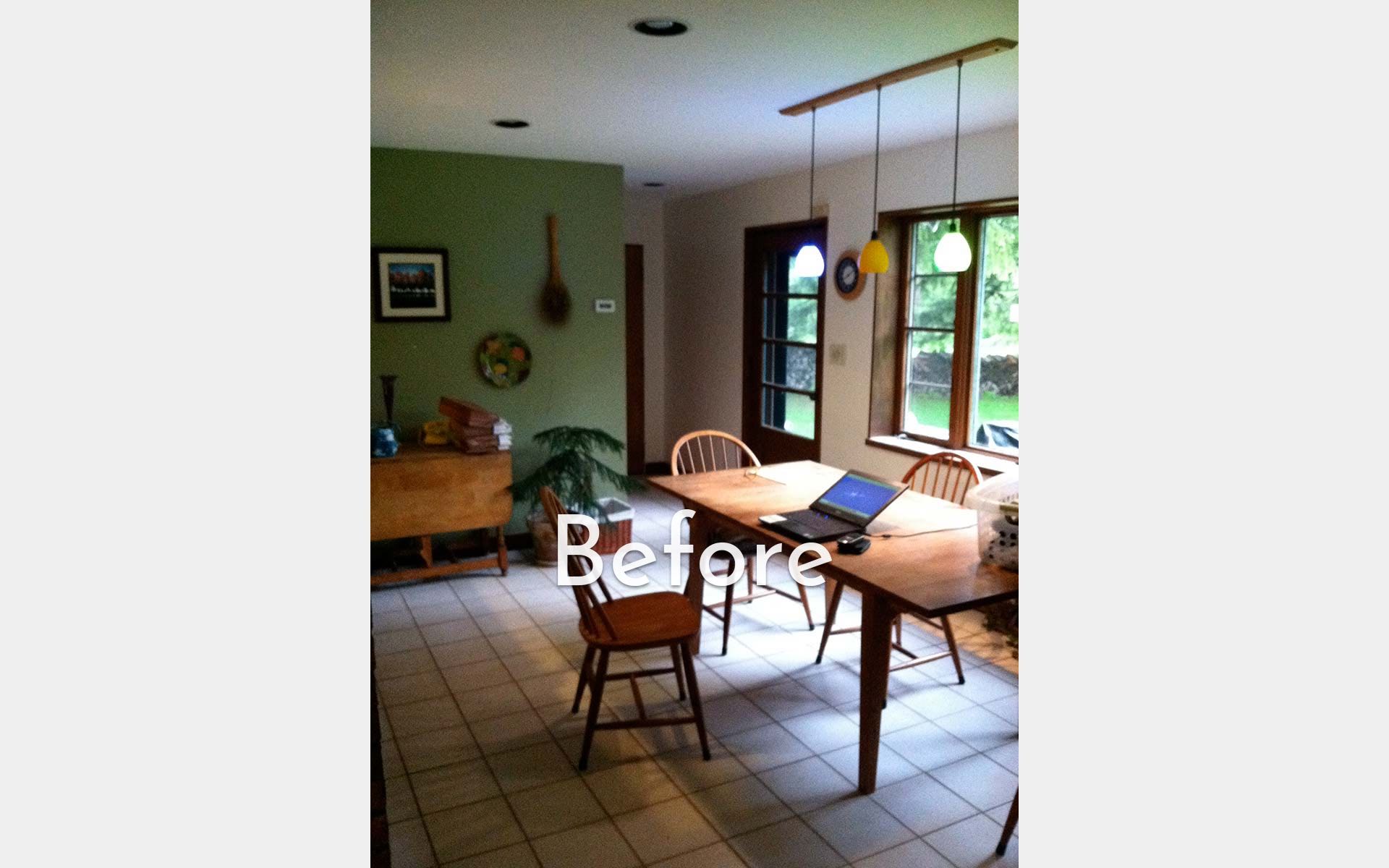 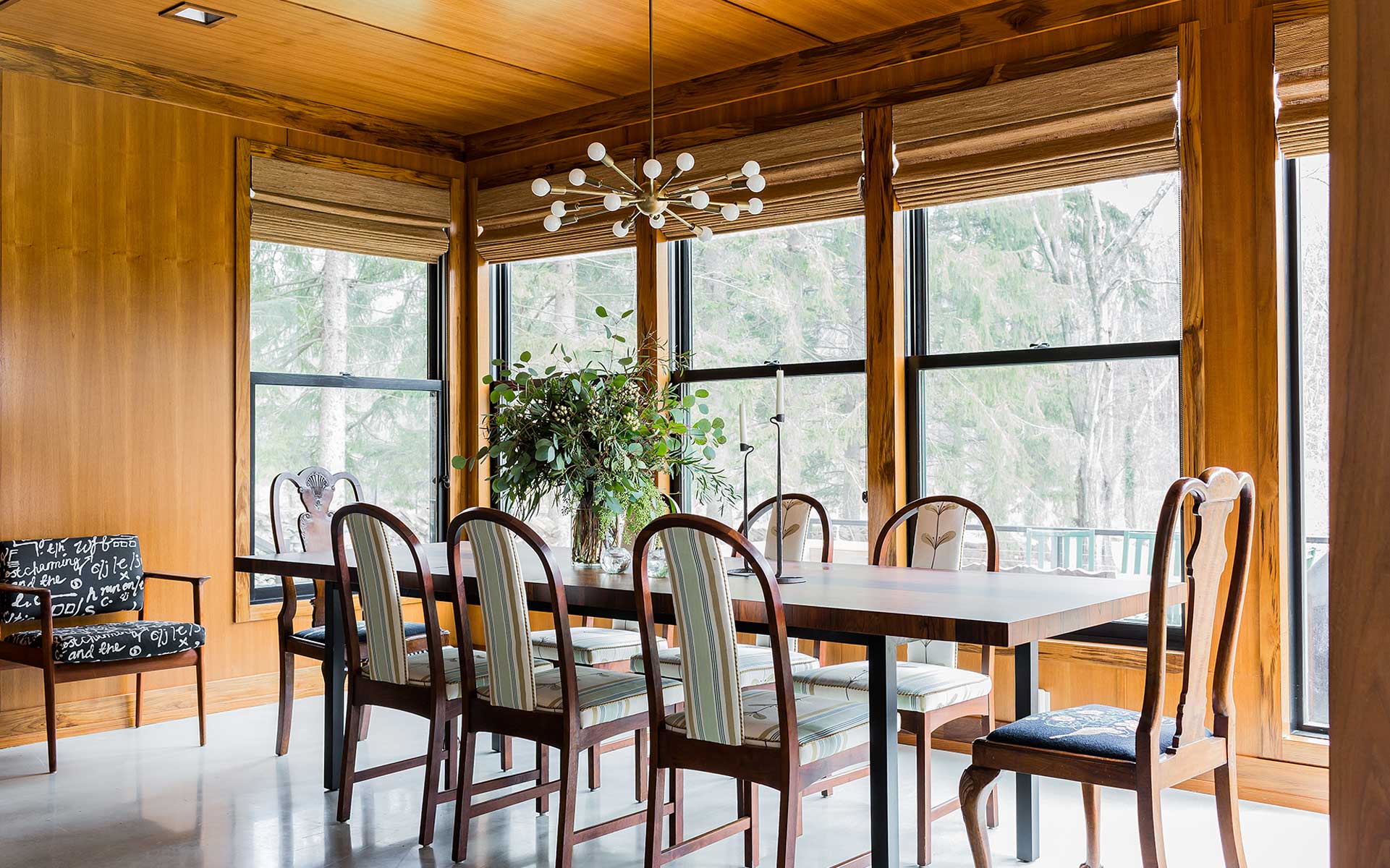 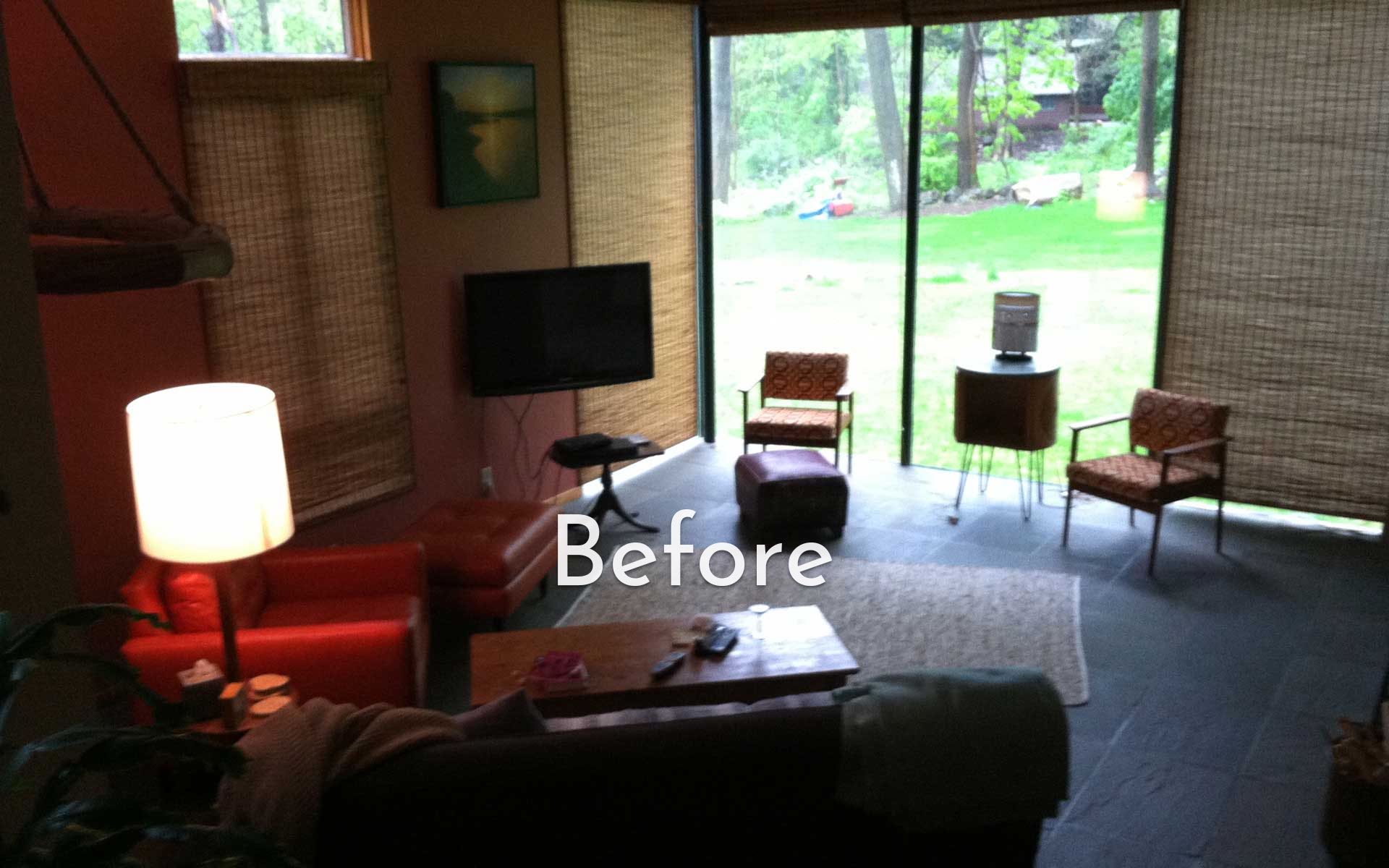 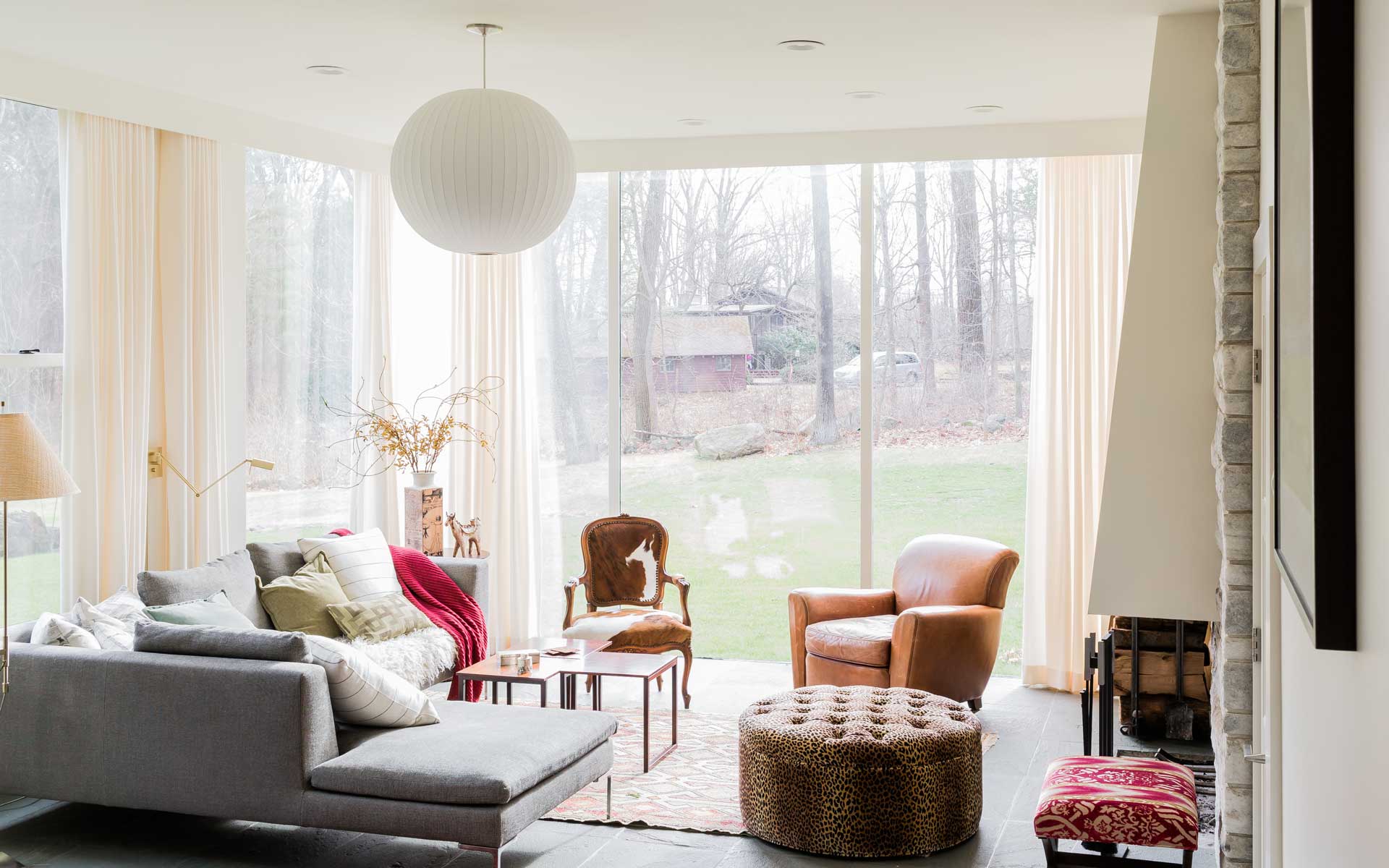 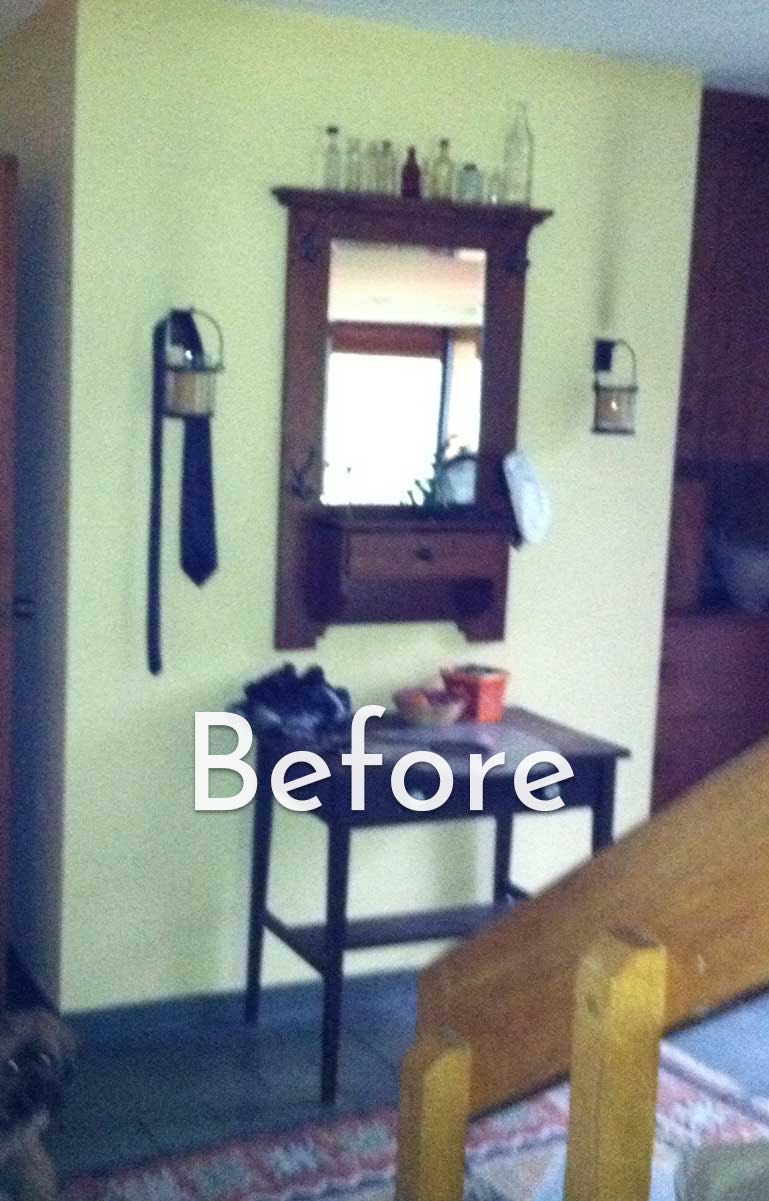 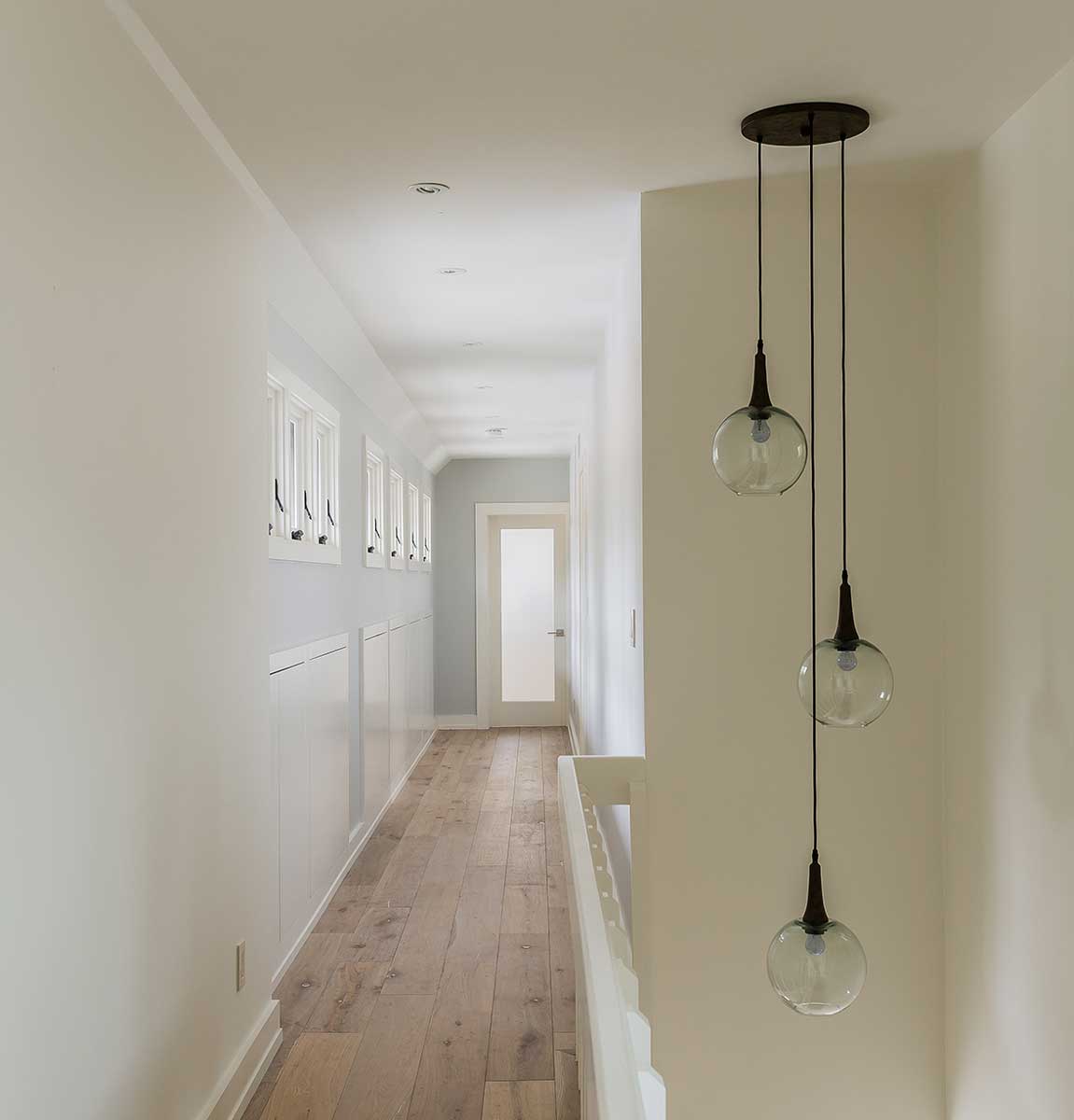 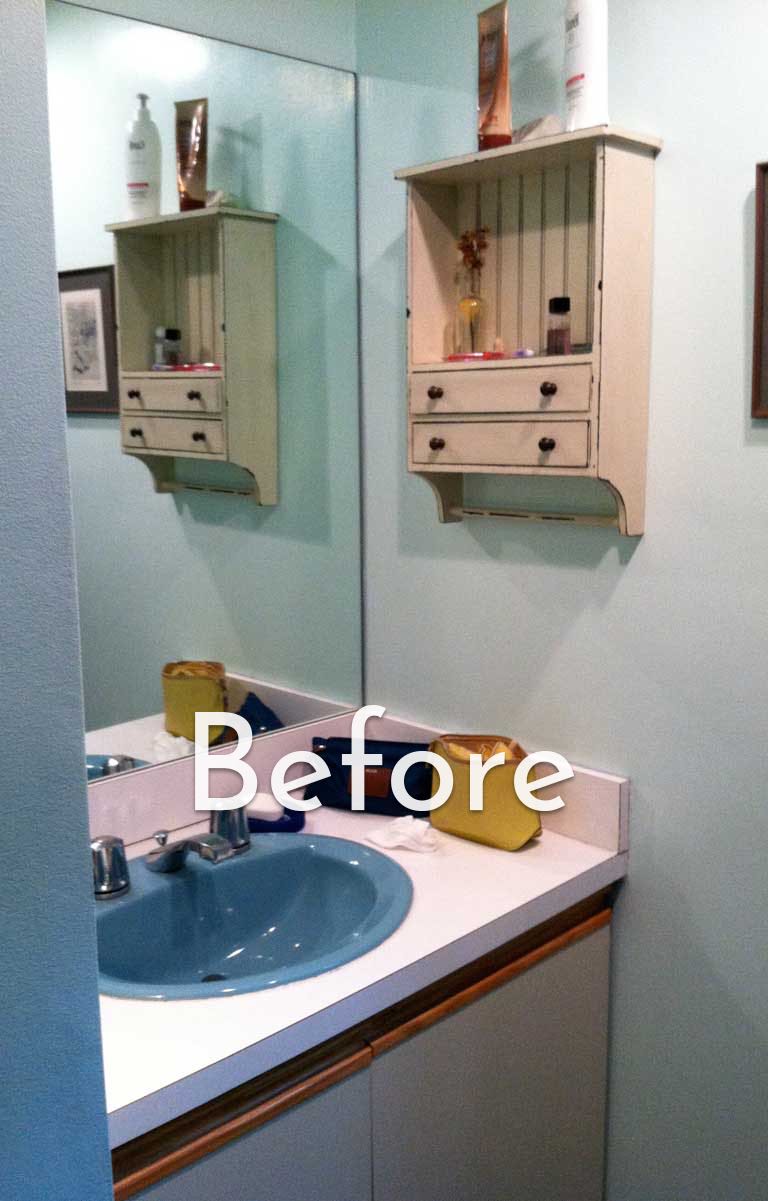 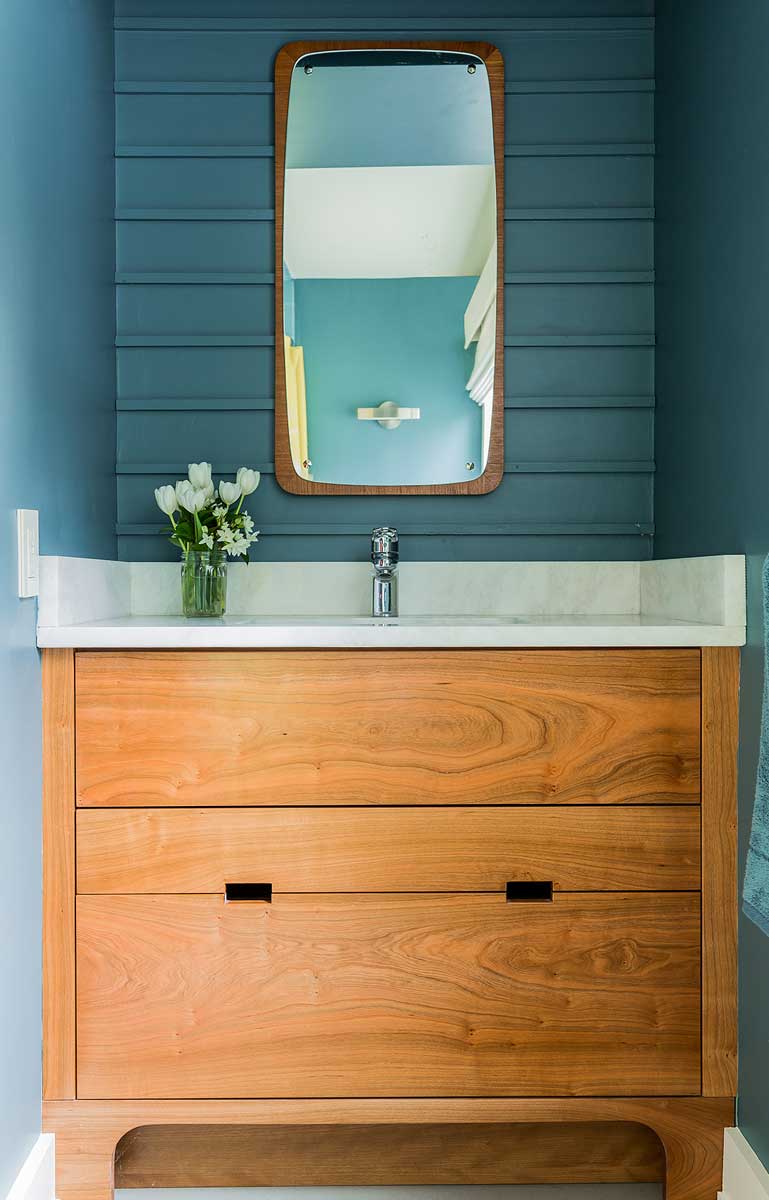 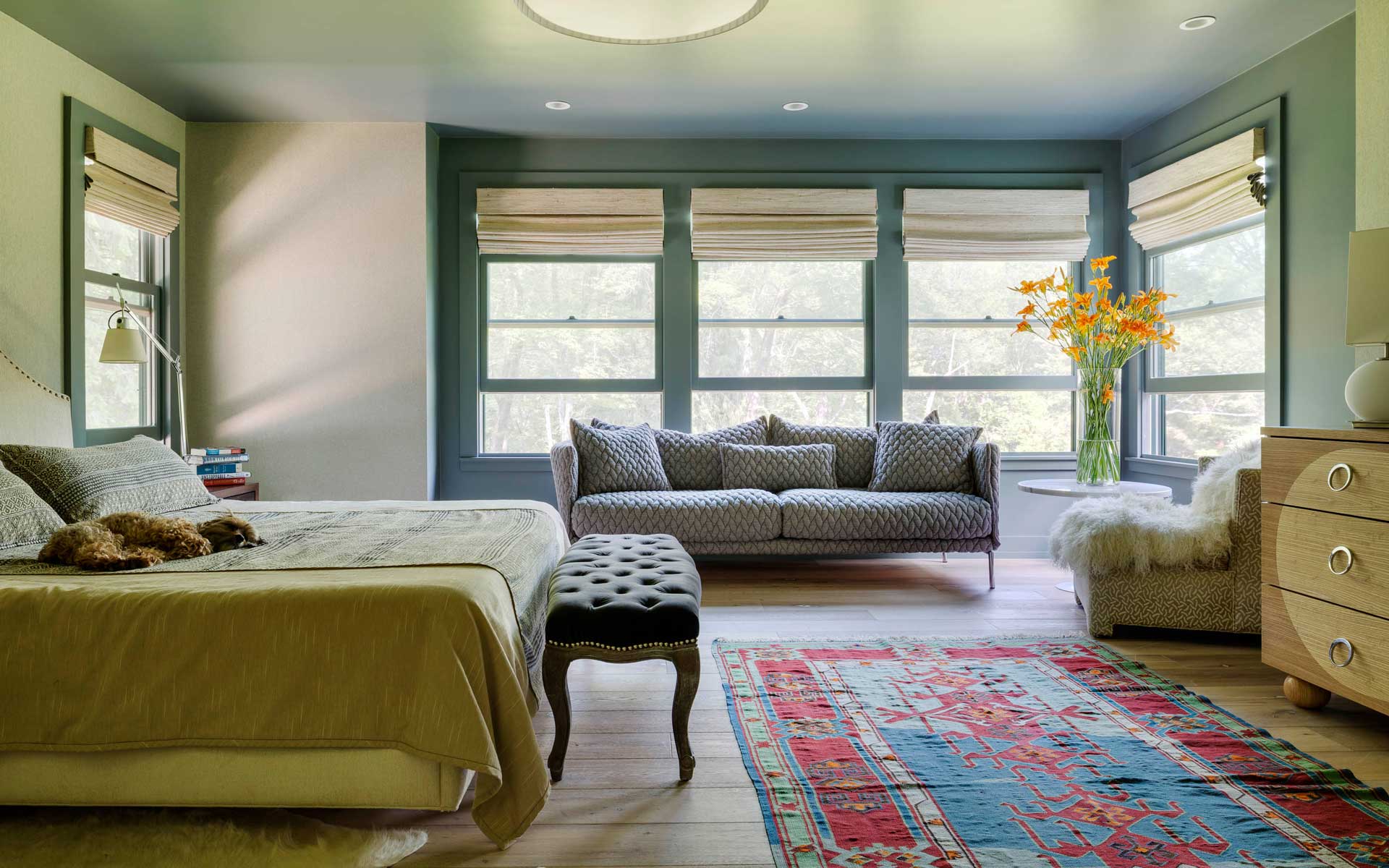 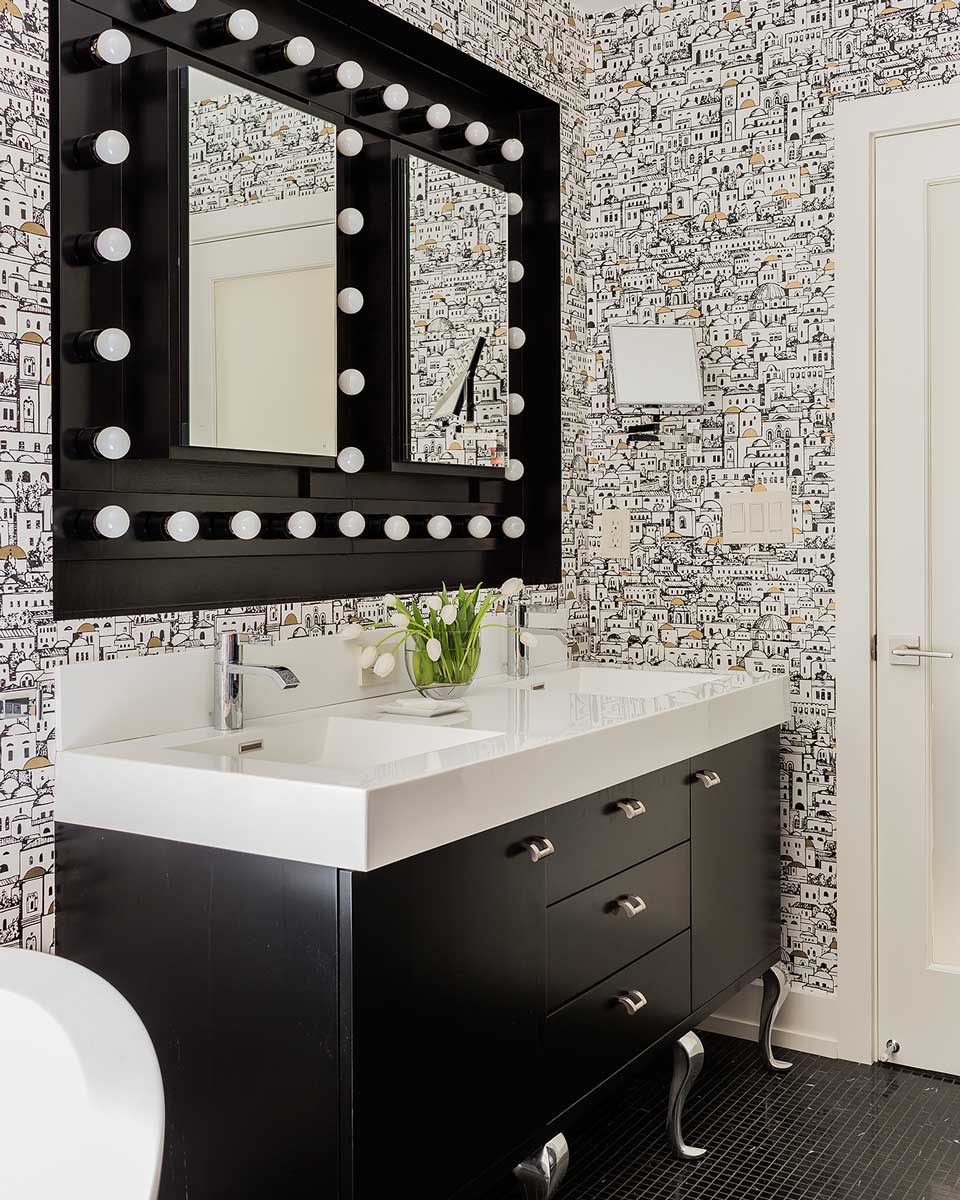 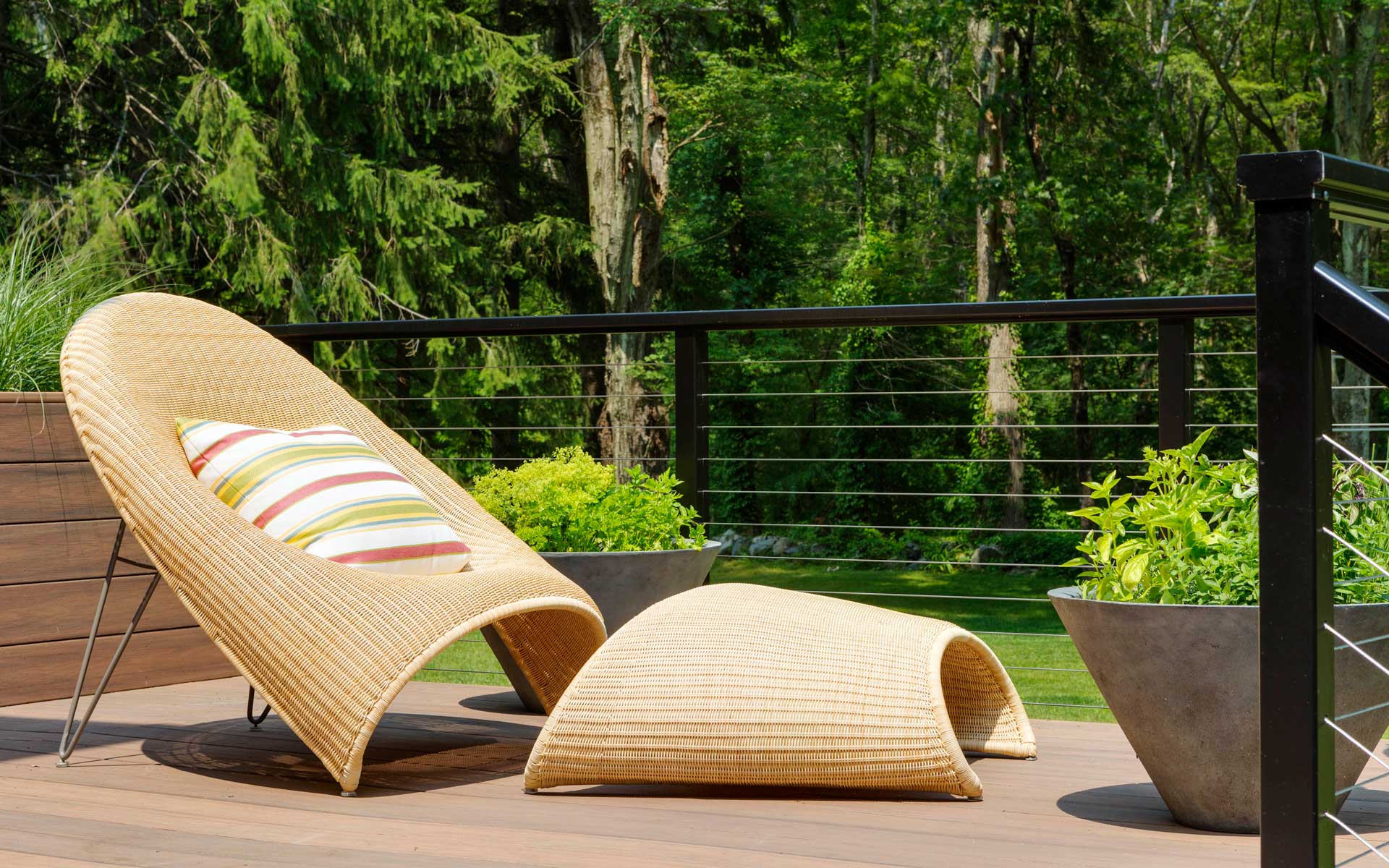 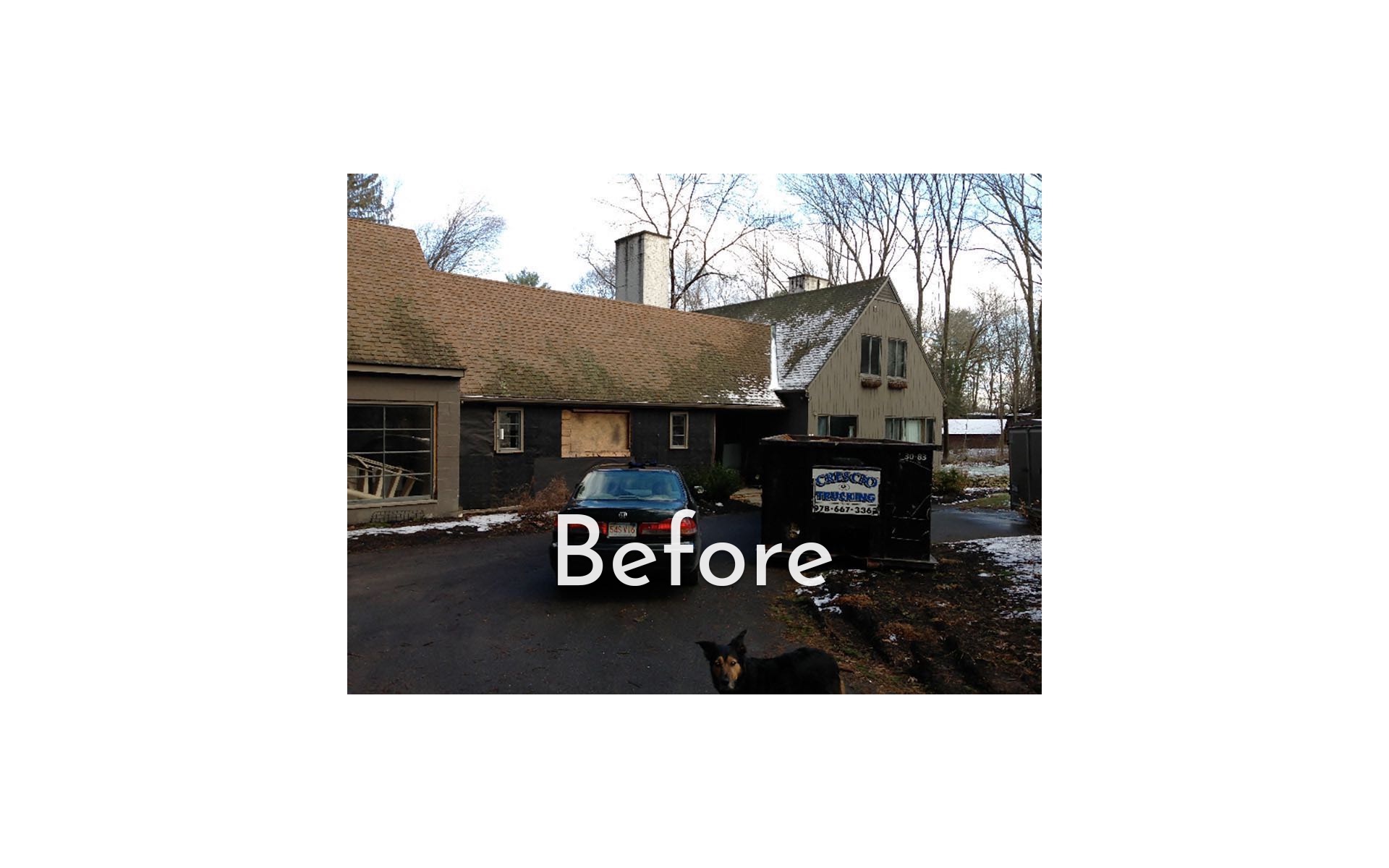 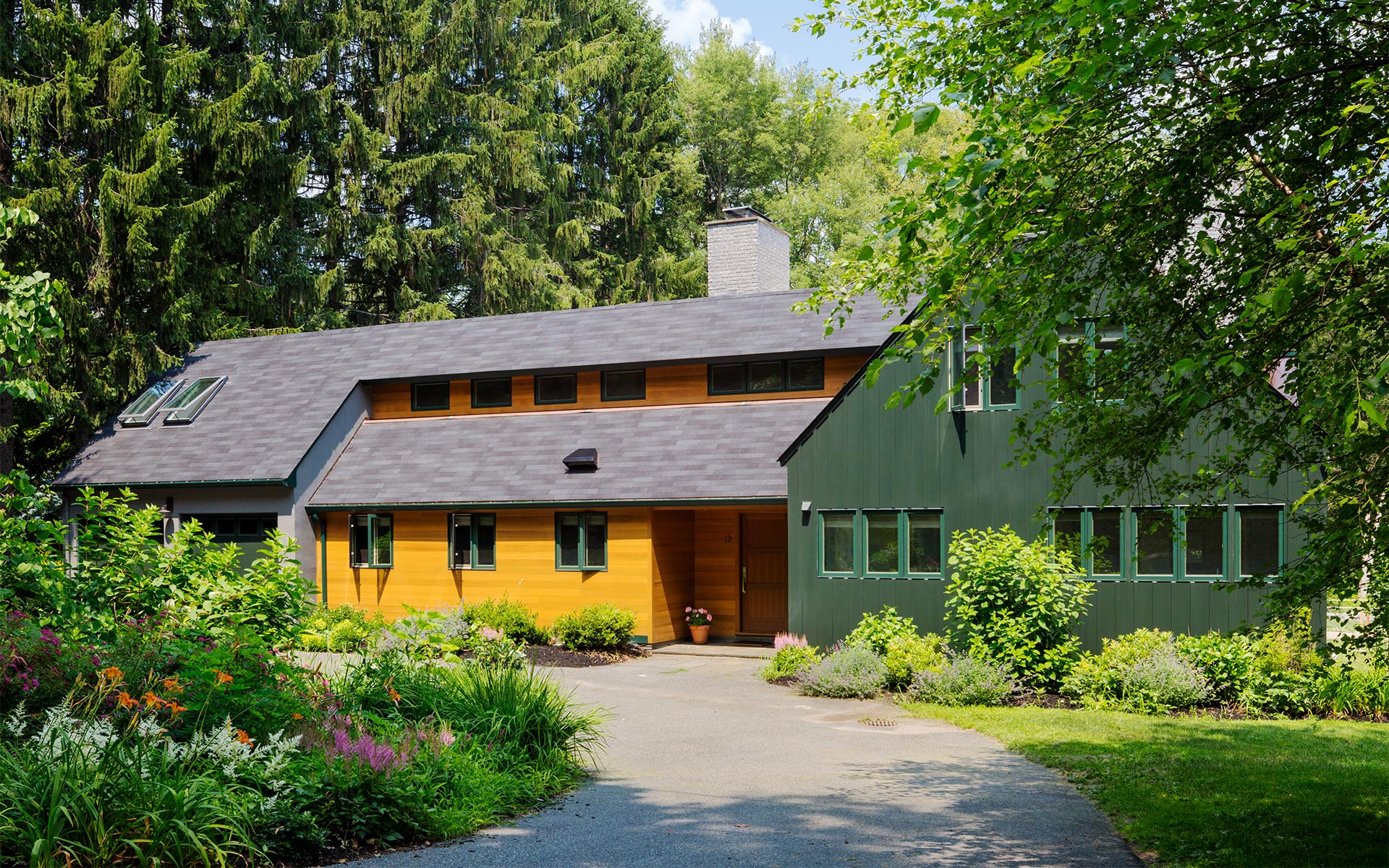 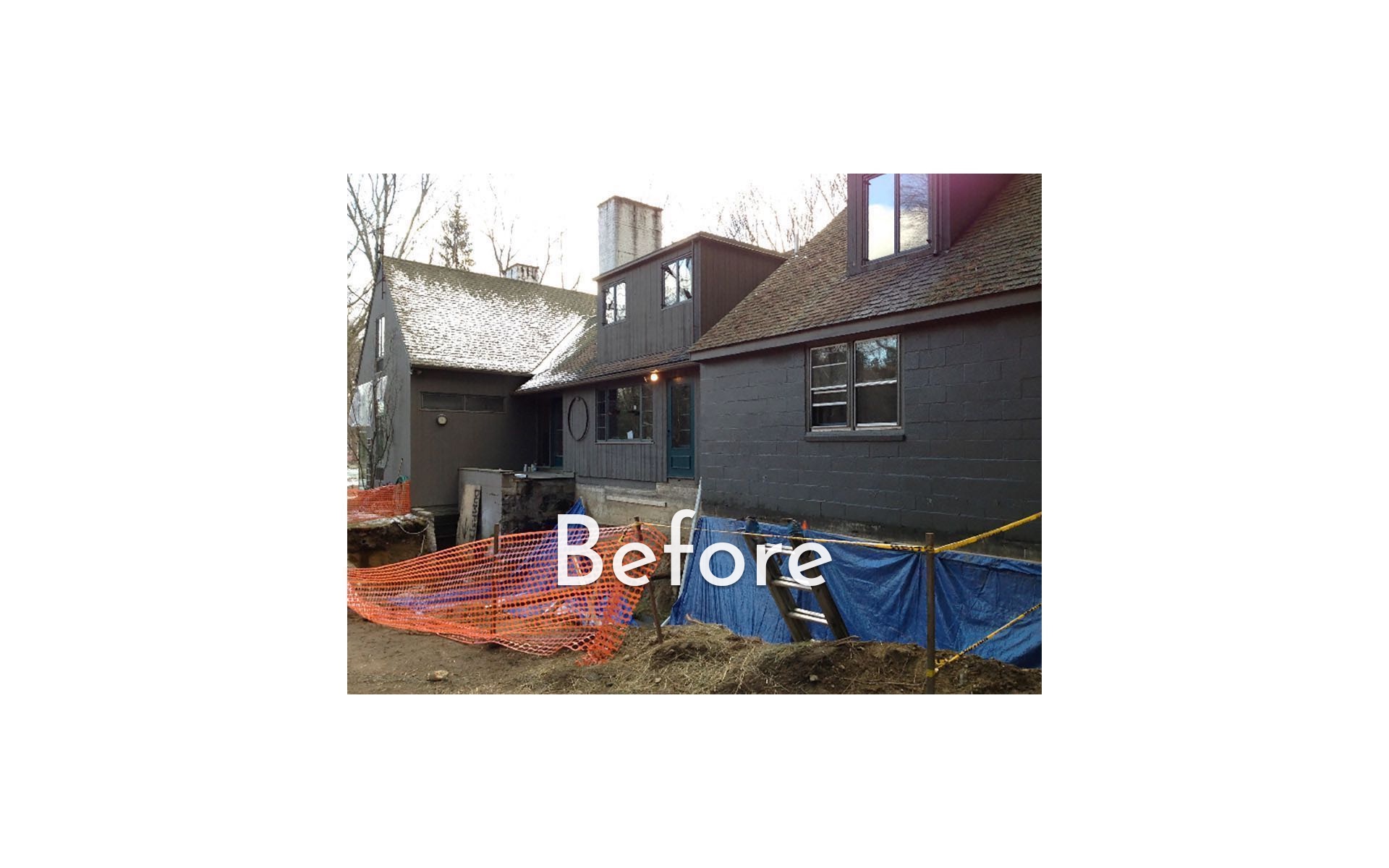 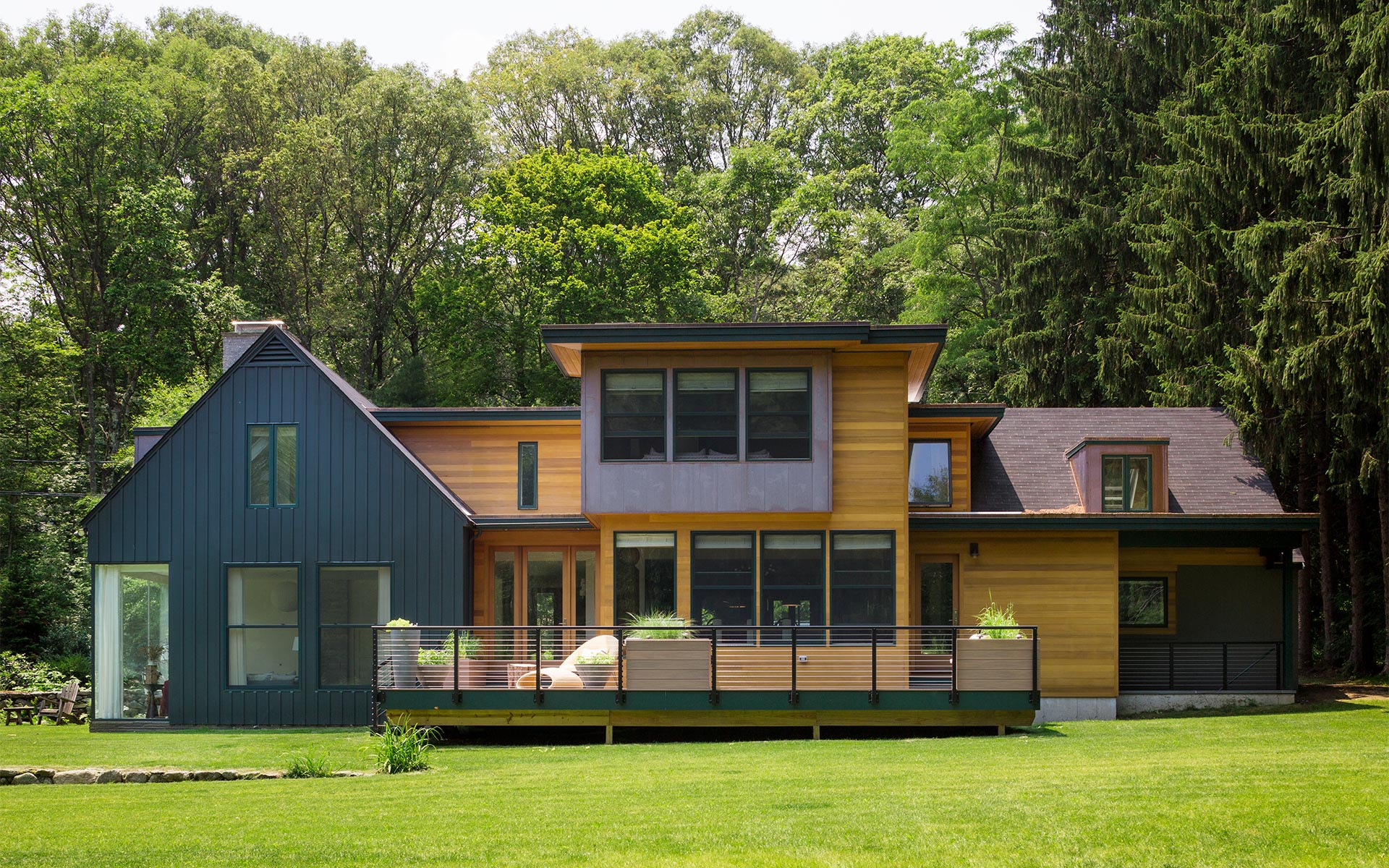 The neighbors in the hood of this 1949 home in Lincoln, MA, built in 1949, assumed it would be a tear down. But the client didn’t want to see the house demoed. His primary aim was to open and expand the kitchen/dining area and provide a Main Bedroom suite above the new room.

The challenge was to keep the shell intact and work around the old radiant heat that was not only in the floors, but the walls too. The riot of patched together electrical work created substantial challenges for the electrician. The low-ceilinged 2nd floor hallway lined with several tiny rooms, made it clear that that portion of the roof would need to be raised, and that the project demanded a nearly gut renovation.

By adding just 418 sq. feet, making a few alterations to the existing structure, and providing interior and exterior finishes that included a lot of natural stone and wood, we transformed the home to a handsome head turner that perfectly fits in to the setting and the neighborhood, noted for several mid-century modern homes.

The addition on the ground floor allowed for a more expansive kitchen and dining area with better viewing of the backyard, ease of living, and entertainment. This was accomplished by removing the overhead cabinet blocking the view towards the back, and creating a fully windowed wall in the new room that flowed from the kitchen area.

The original sunken living room stayed as is, but we connected it with the new kitchen and dining area through a more direct circulation path across the entry foyer. We added more windows on the back yard wall and hung floor-to-ceiling drapes to accentuate the ceiling height, soften the space, and frame the outdoors.

We expanded the kitchen by creating a deep cloud-shaped island, also de-emphasizing the kitchen’s linearity. The base of the island is sheathed with metal screen and capped screws. The curvaceous island and overhead pendants add to the sculptural presence of the new working space.

Since budget was a consideration, we retained the structural beam above the island and covered it with teak plywood paneling that we used on the kitchen ceiling and backsplash as well. The warm-colored wood serves as a contrast to the polished concrete floors and soapstone counters. The vertical columns that had been covered with sheetrock prior to the renovation, were left uncovered, incorporated into the island, and painted the deep grey of the fireplace facade.

The Dining Room walls and ceiling received with the same teak plywood that was used in the kitchen to bring continuity of materials to the large open space.

The second floor addition includes a Master Bedroom, a spacious closet – formerly the small hallway rooms that we conjoined and a new Main Bathroom. The bath features Hollywood light strips set off by a black background, a graphic black and white wallpaper and modern metal cabriole vanity legs give the room a whimsical flair.

The most noted overall improvement of this gut remodel is the connection the newly designed indoor spaces have to the bucolic setting in the back yard with its stone fence and wooded area beyond.