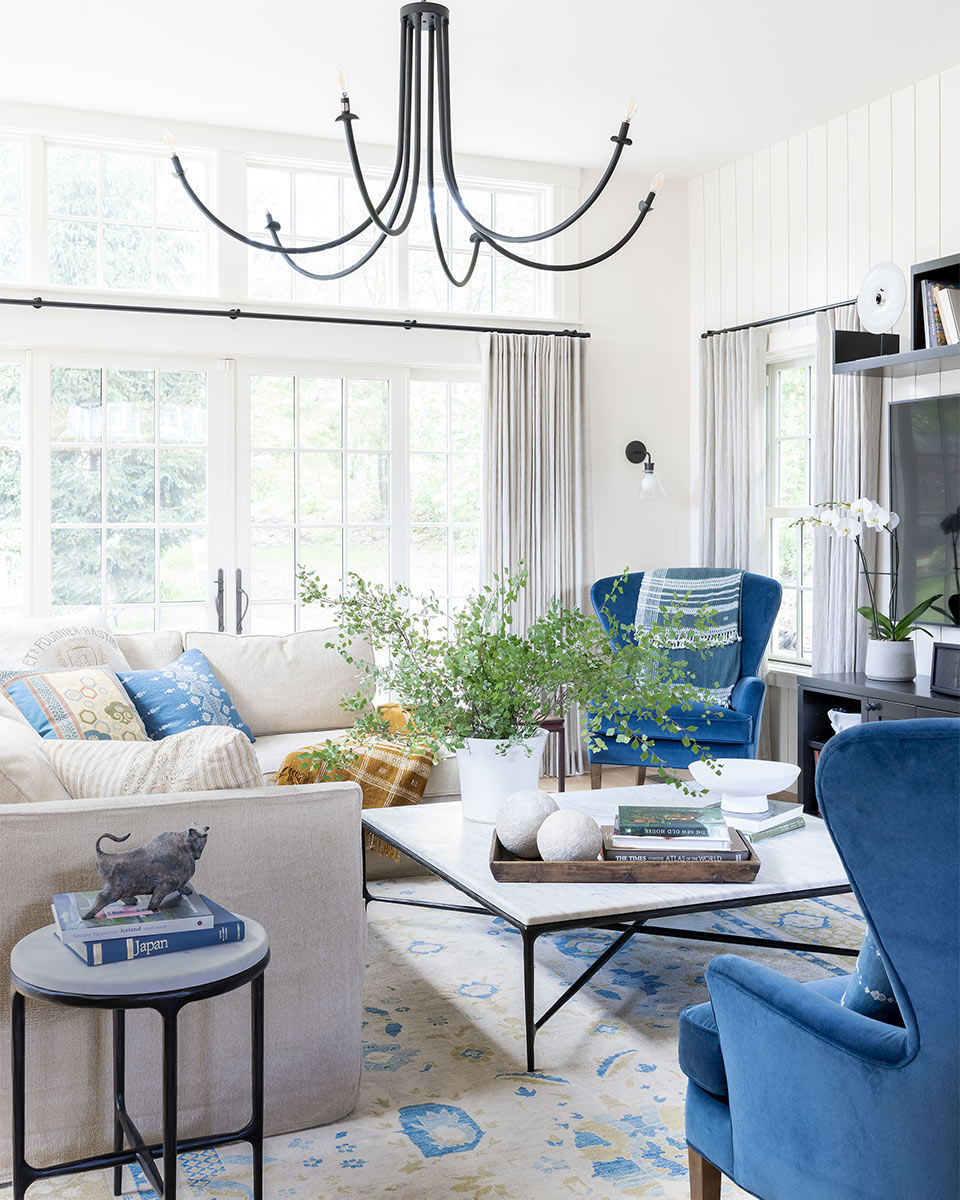 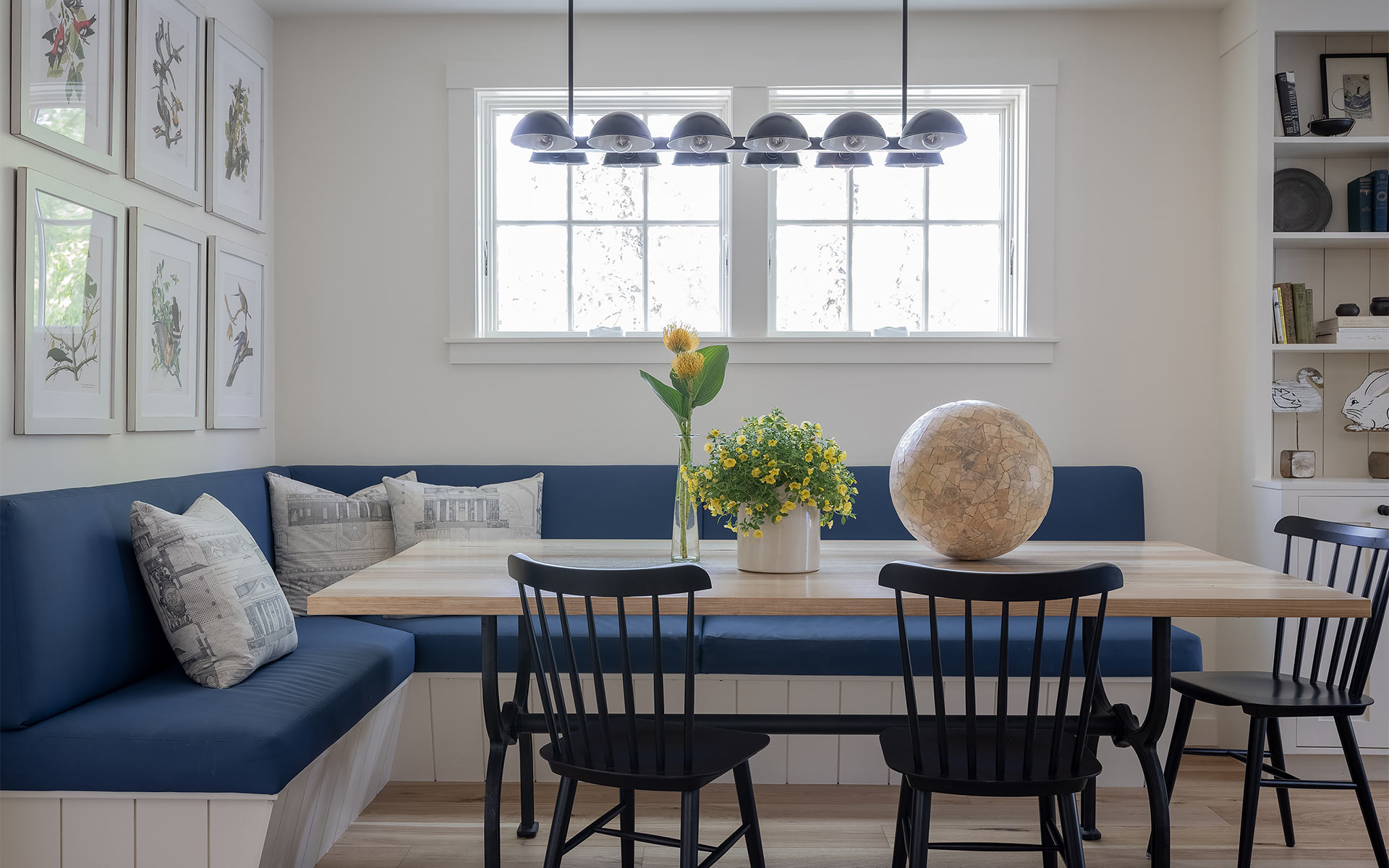 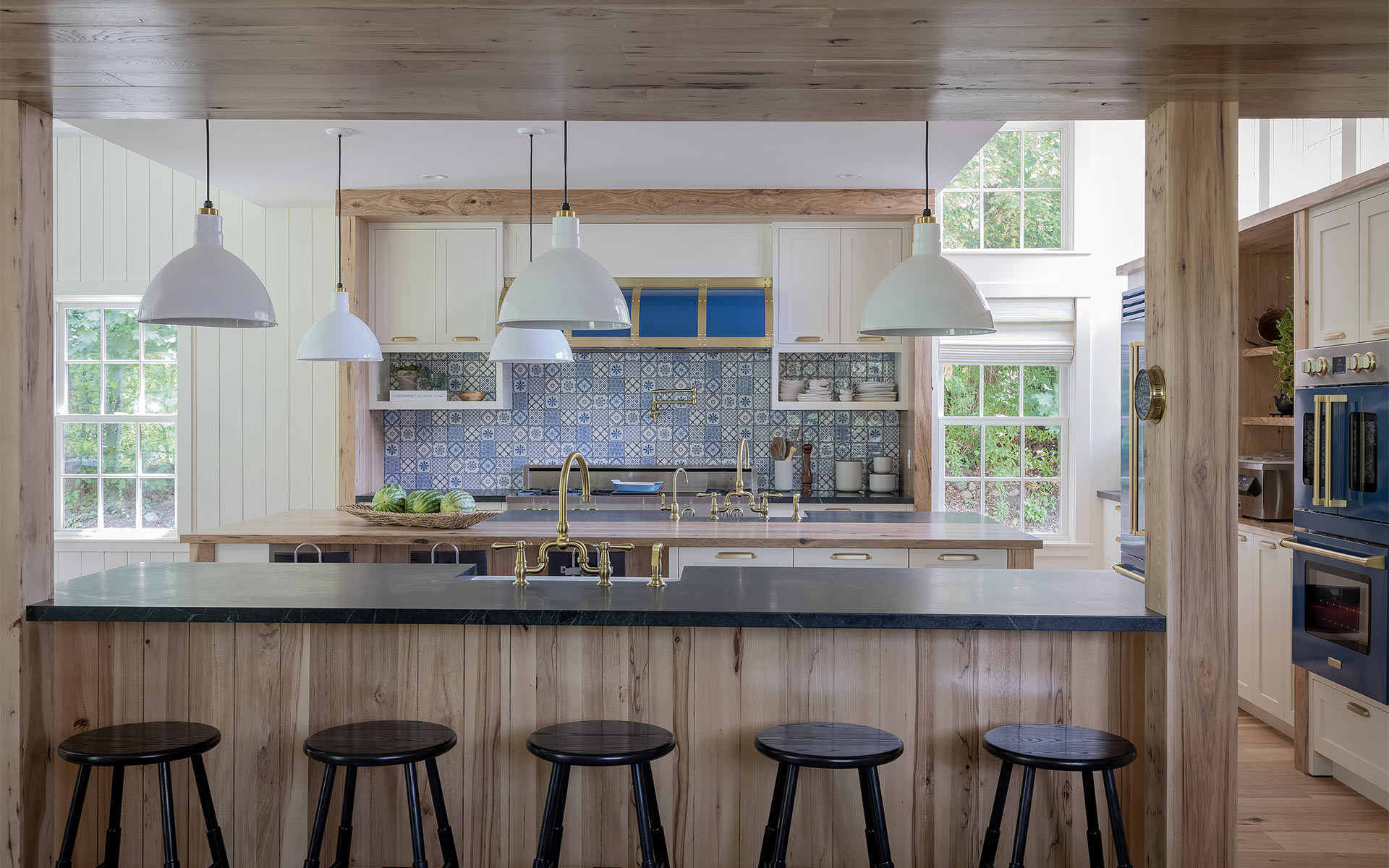 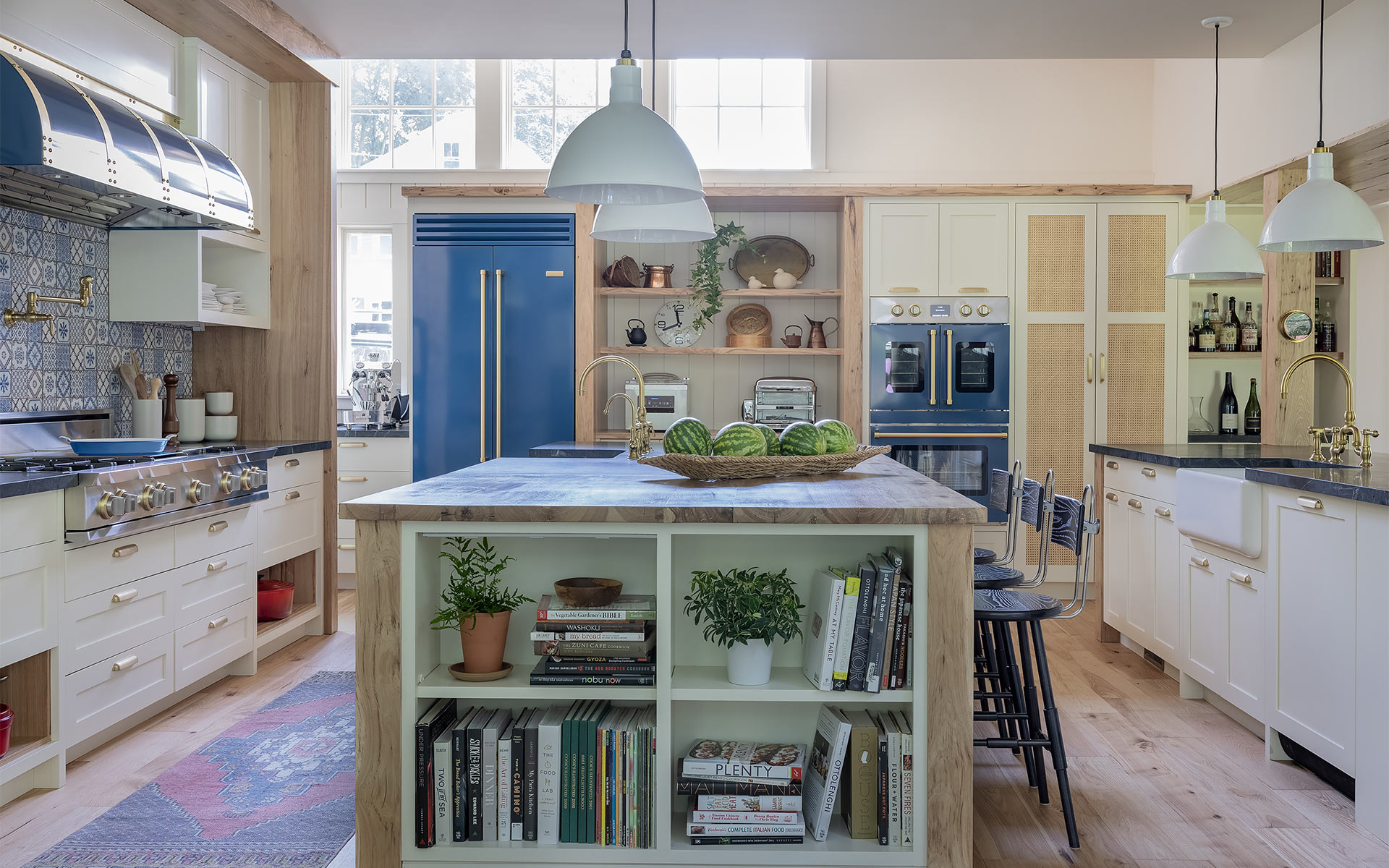 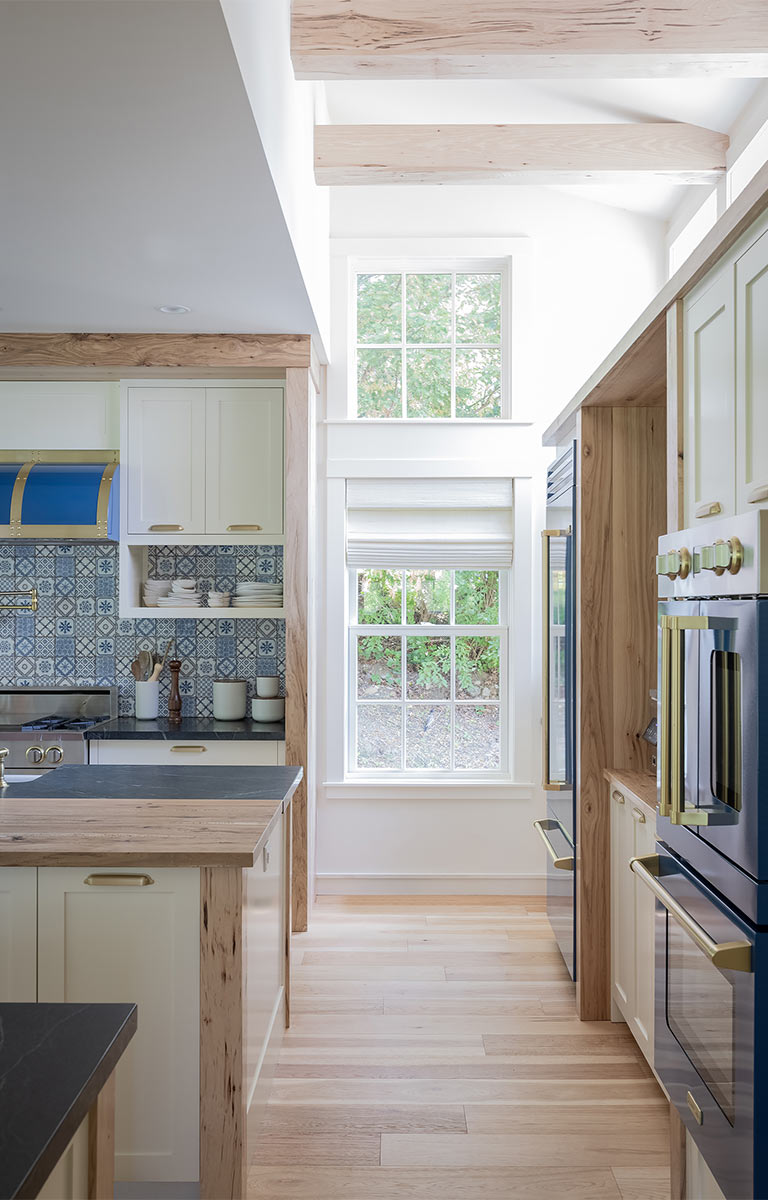 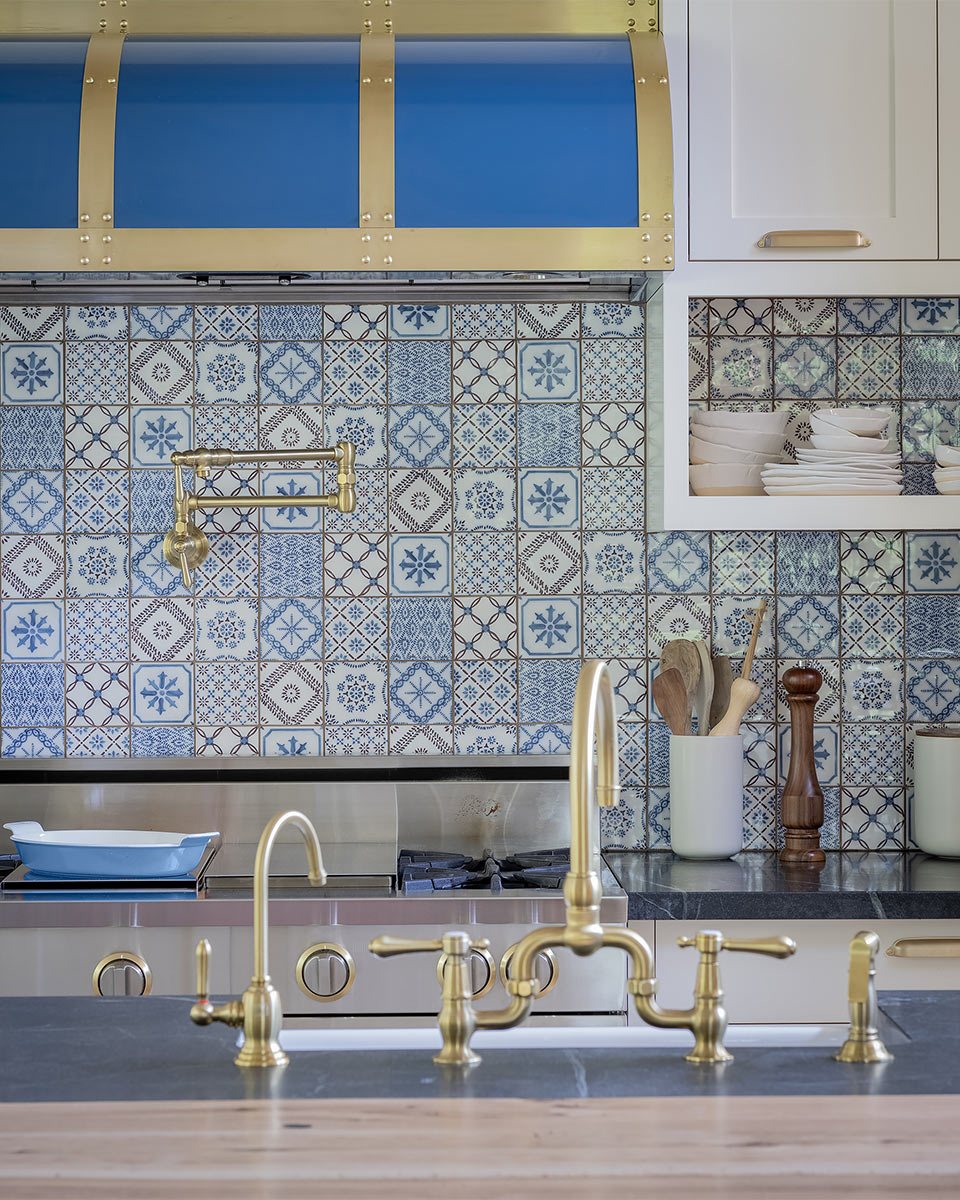 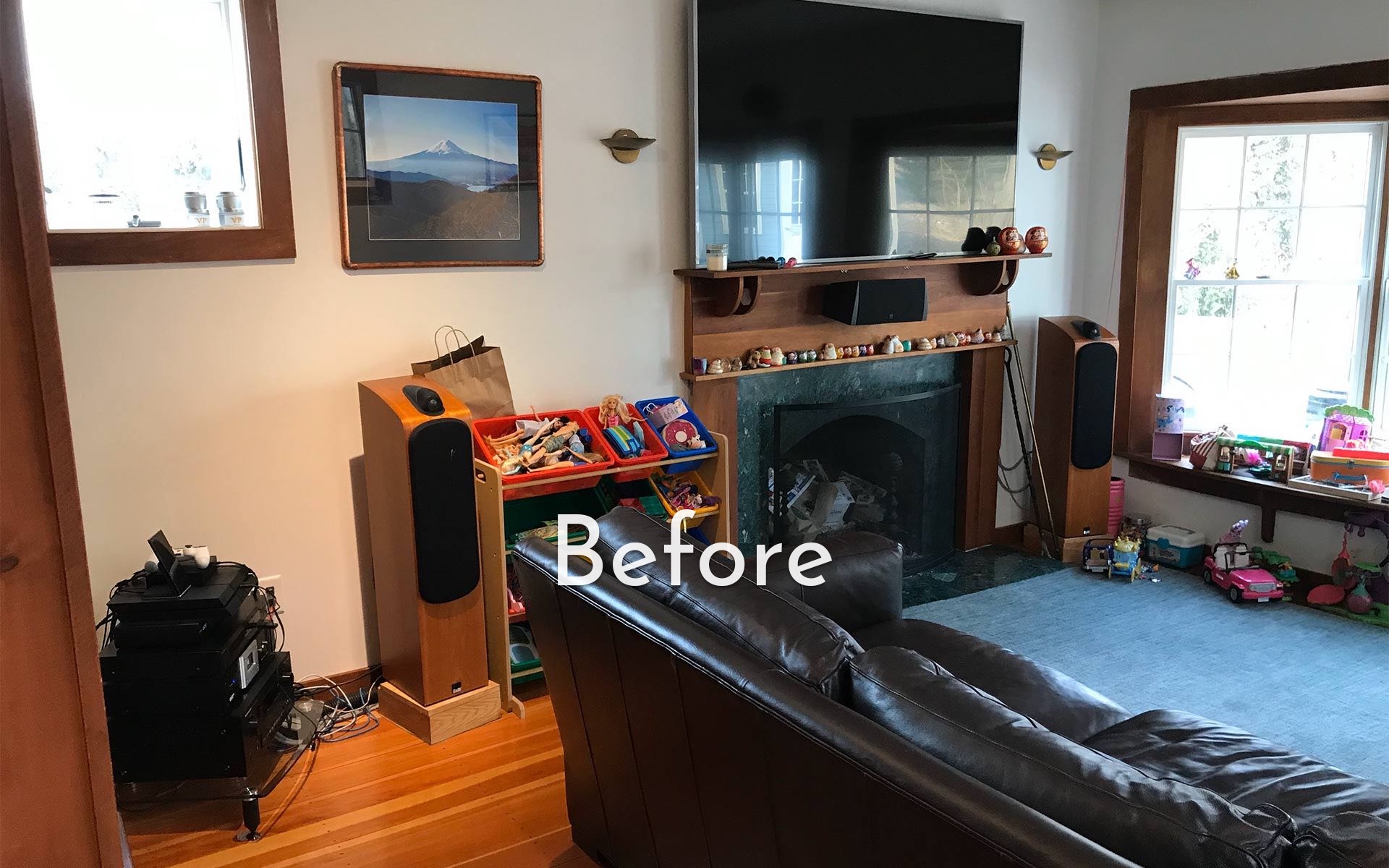 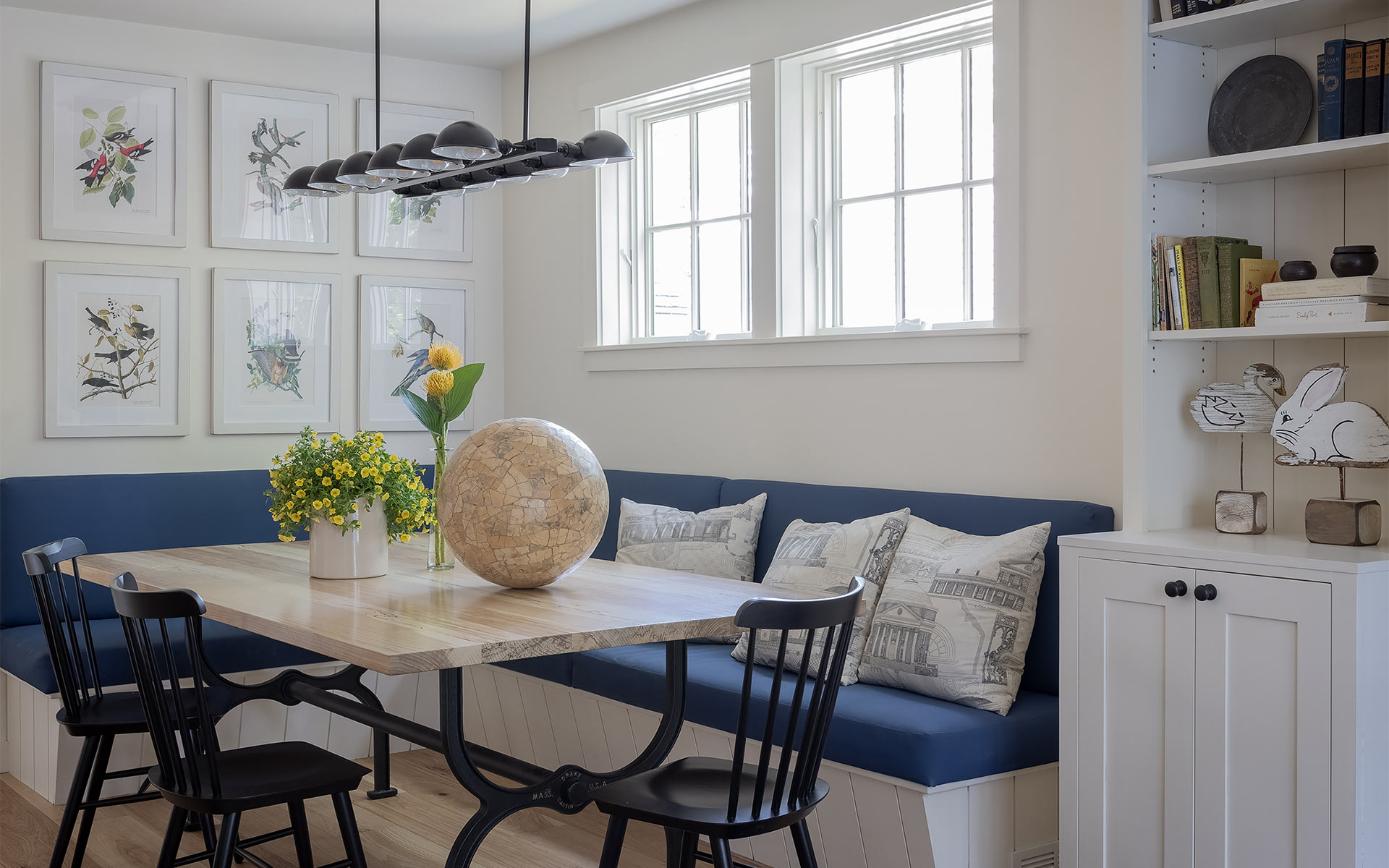 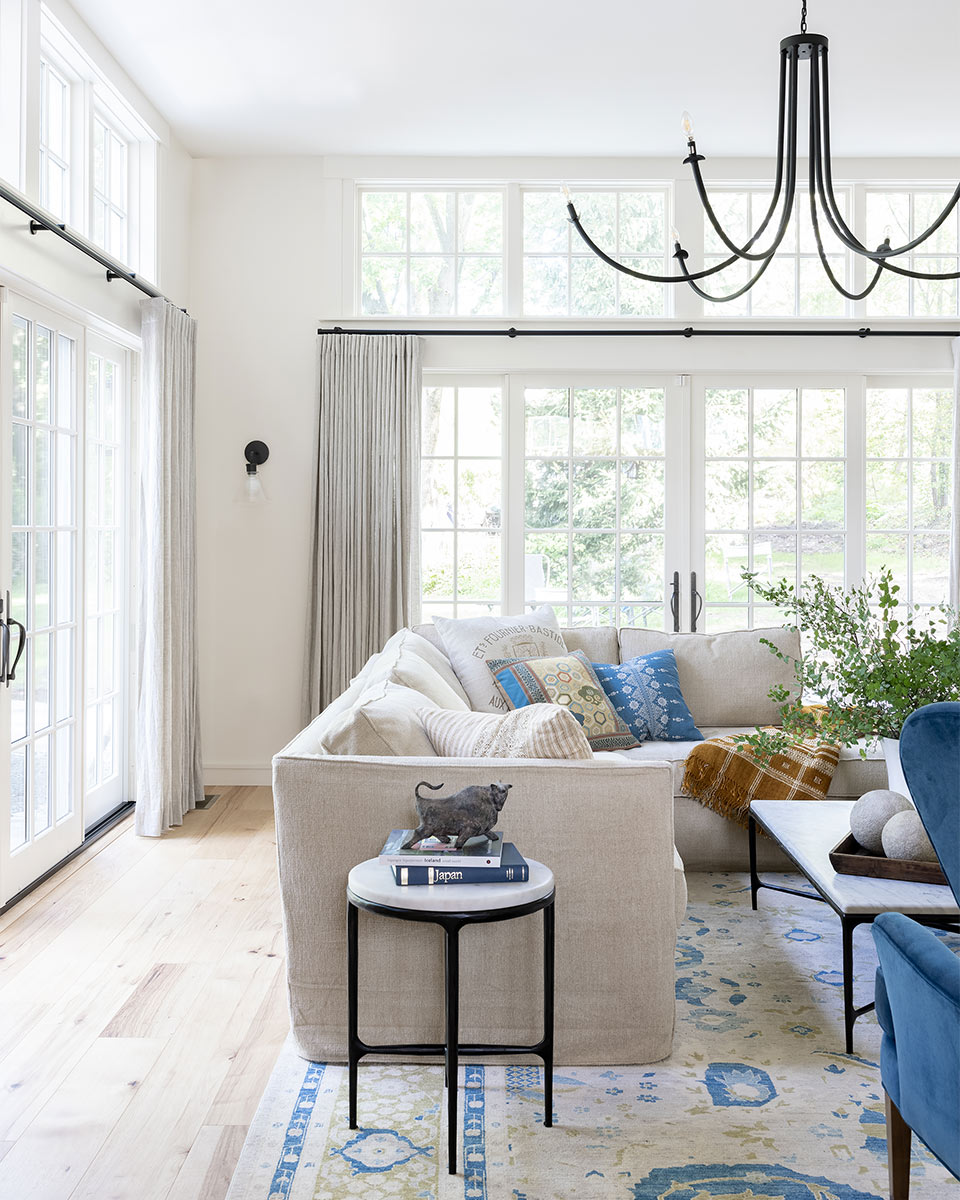 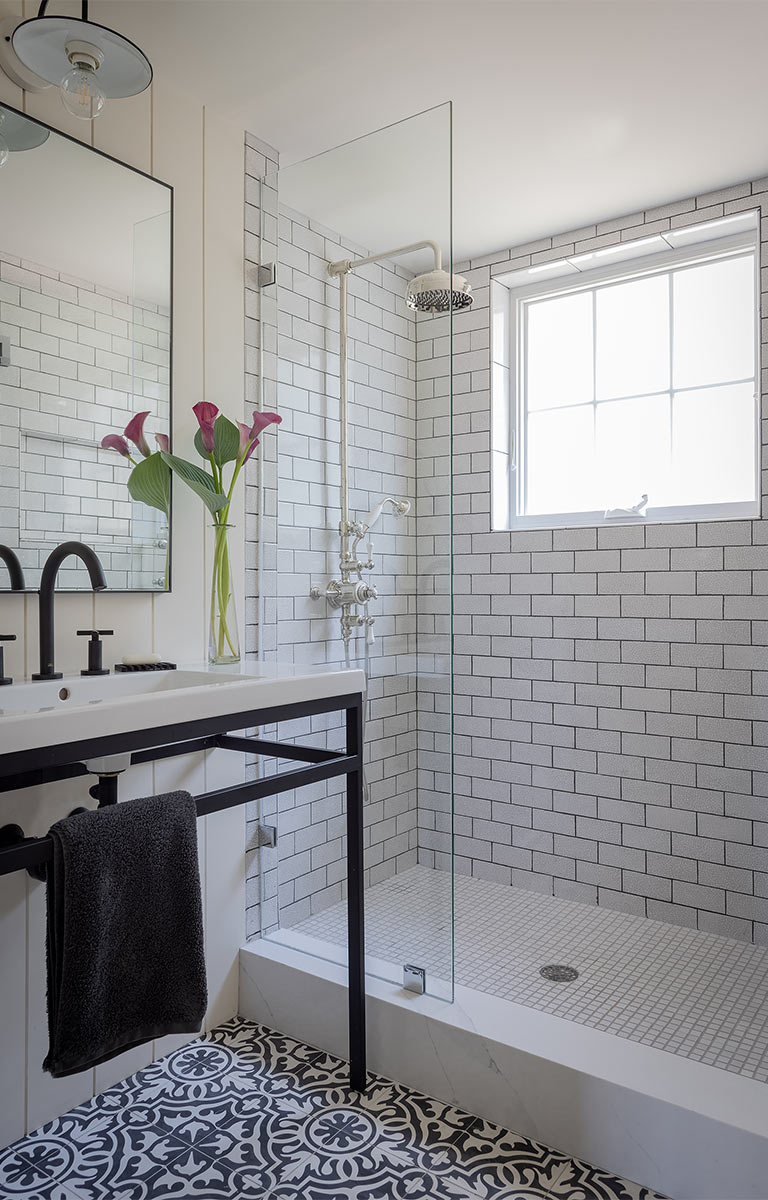 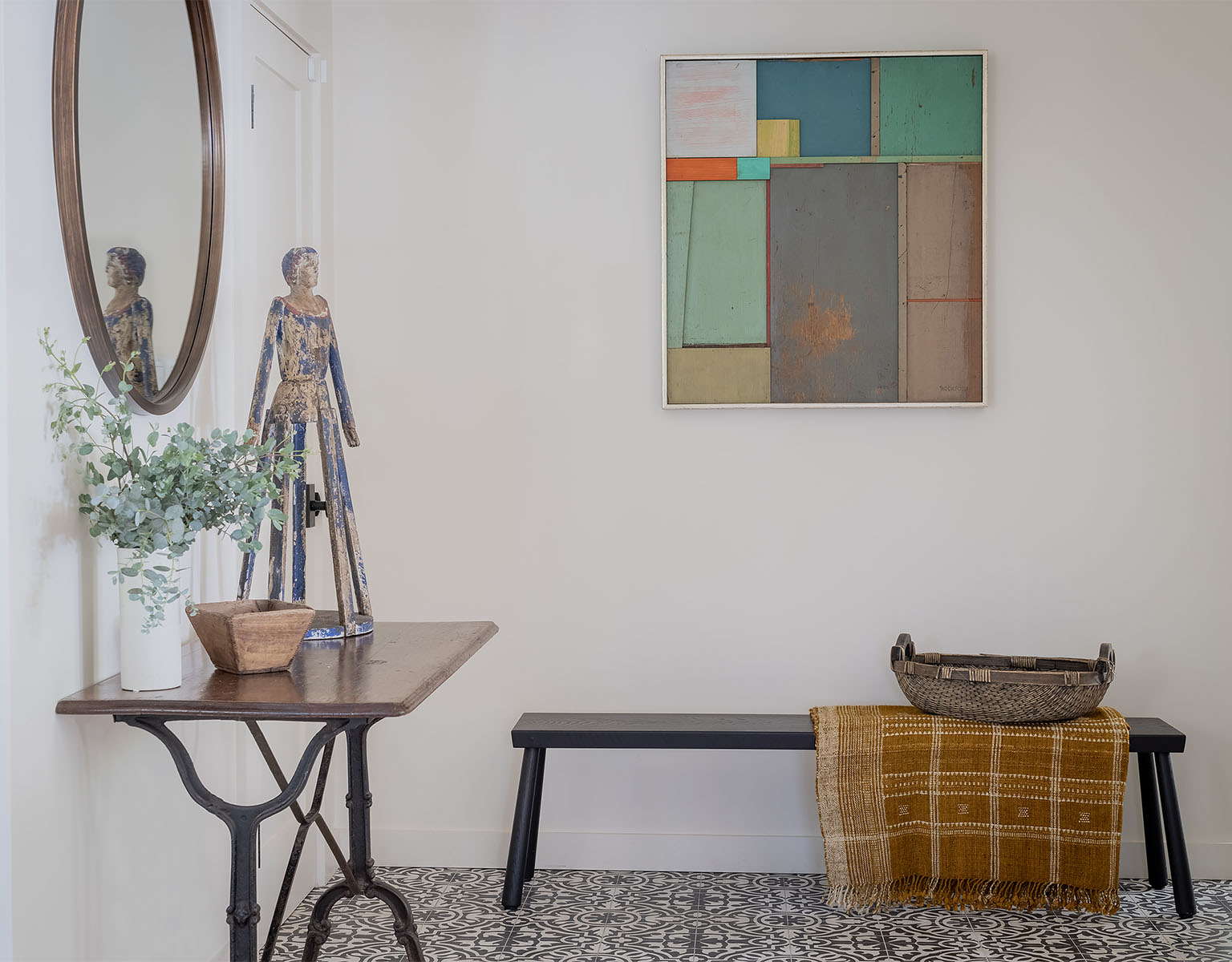 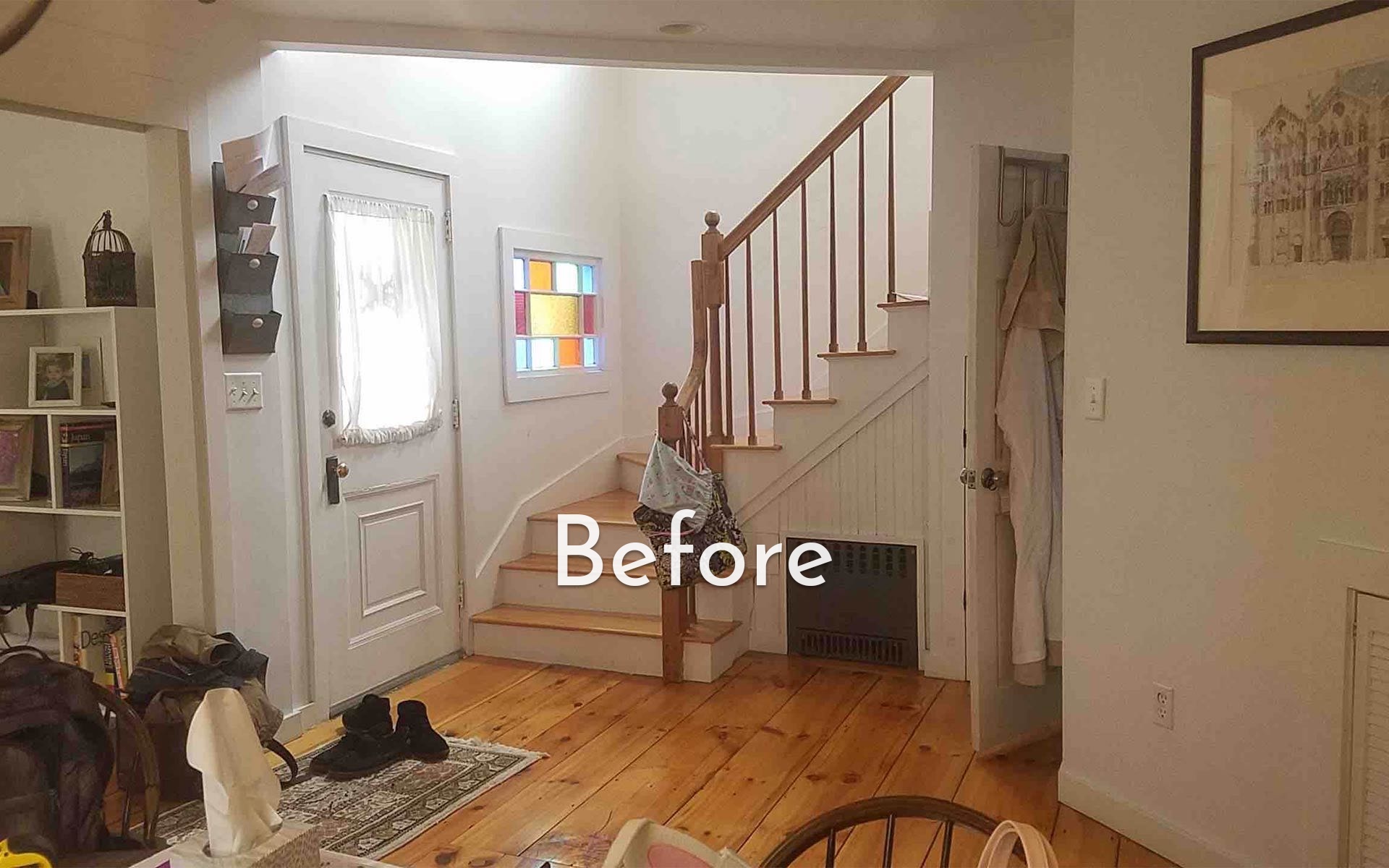 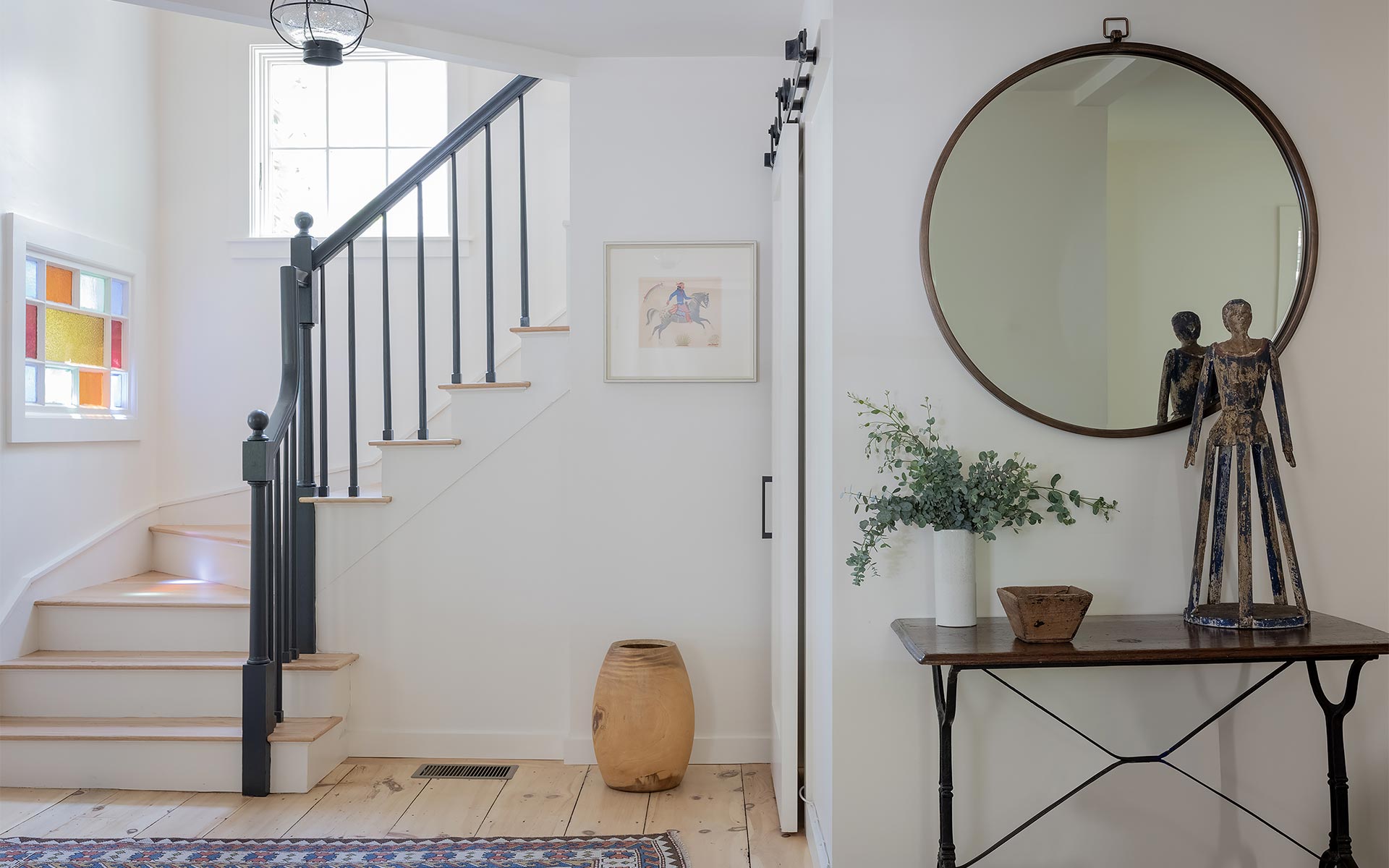 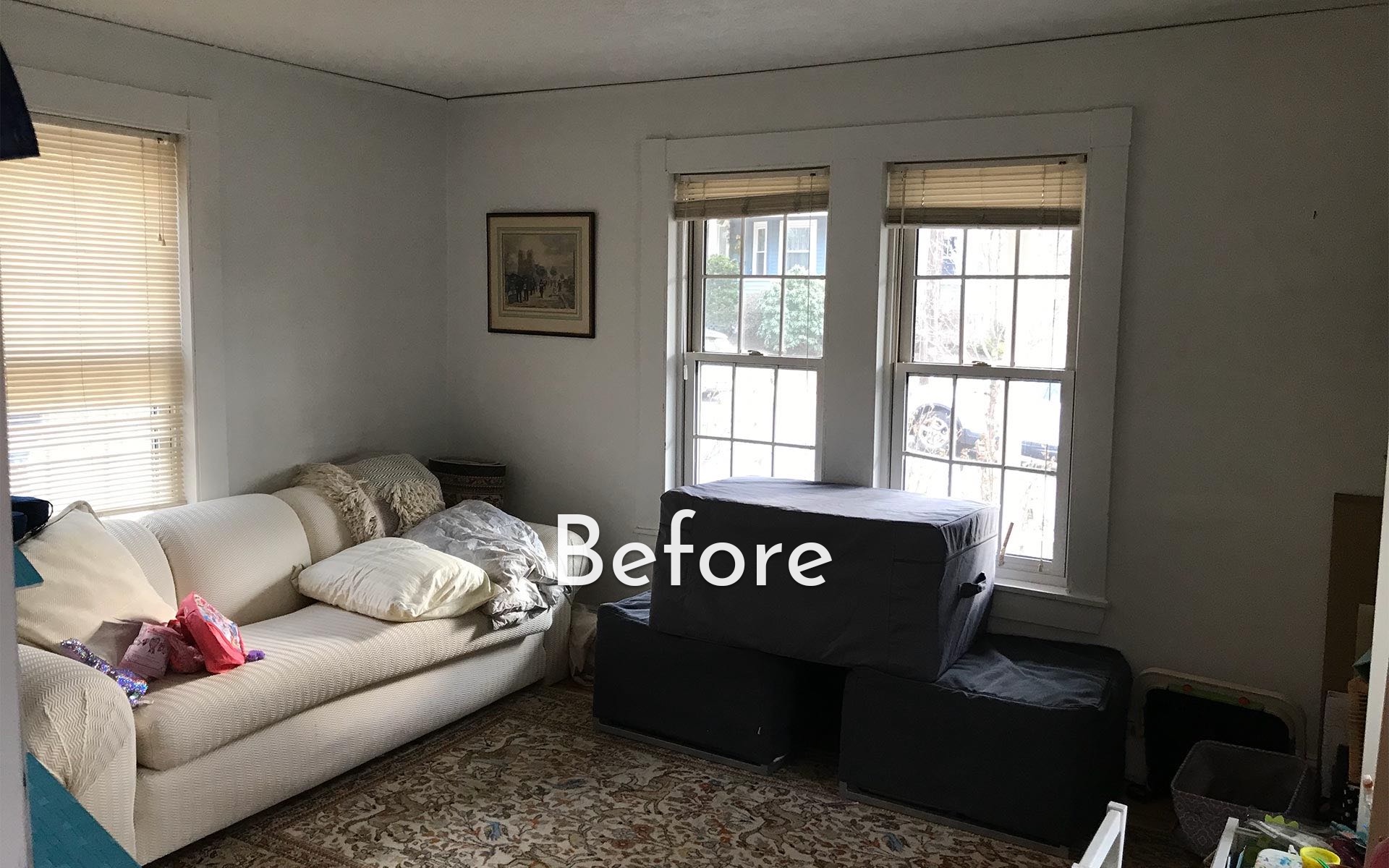 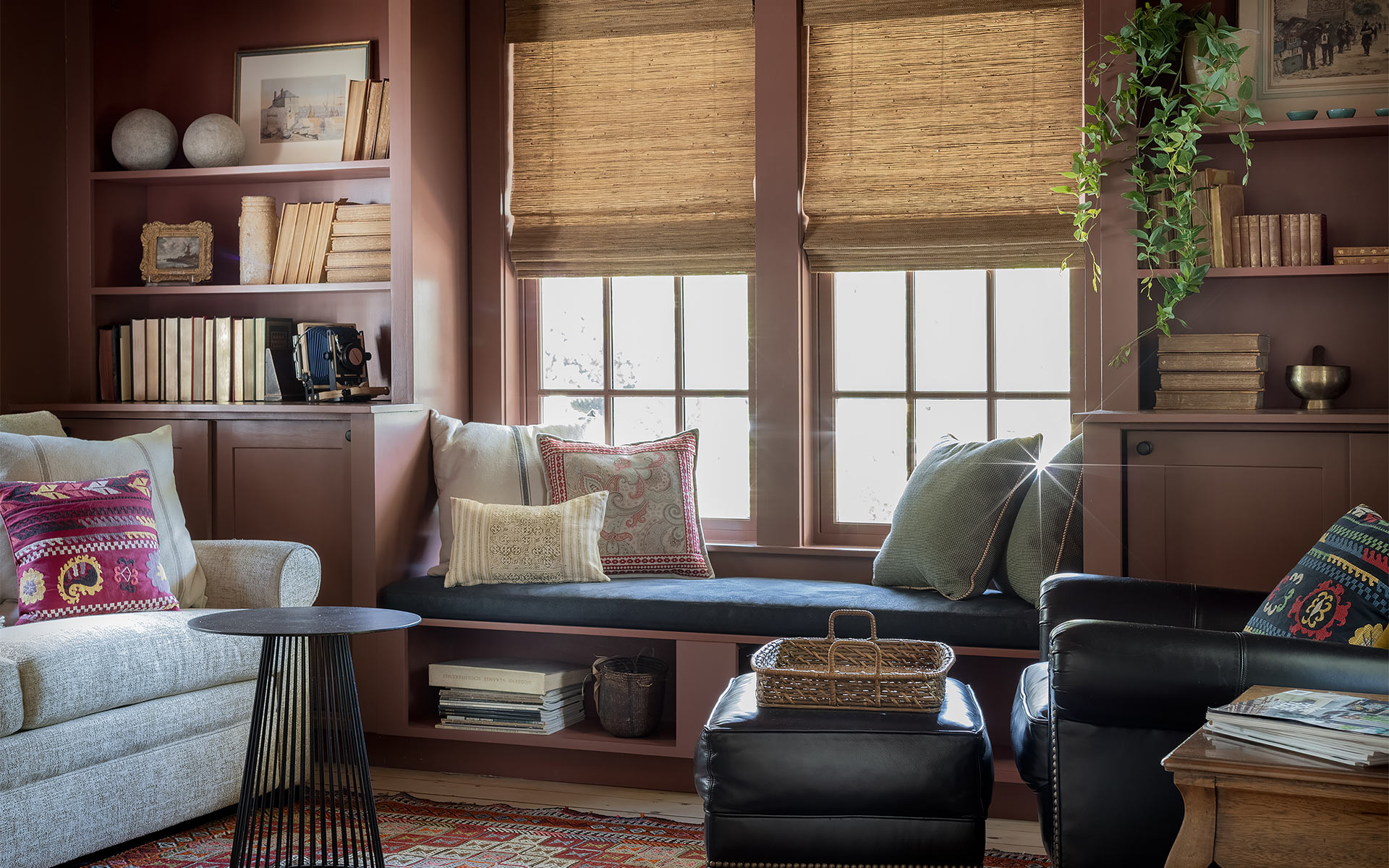 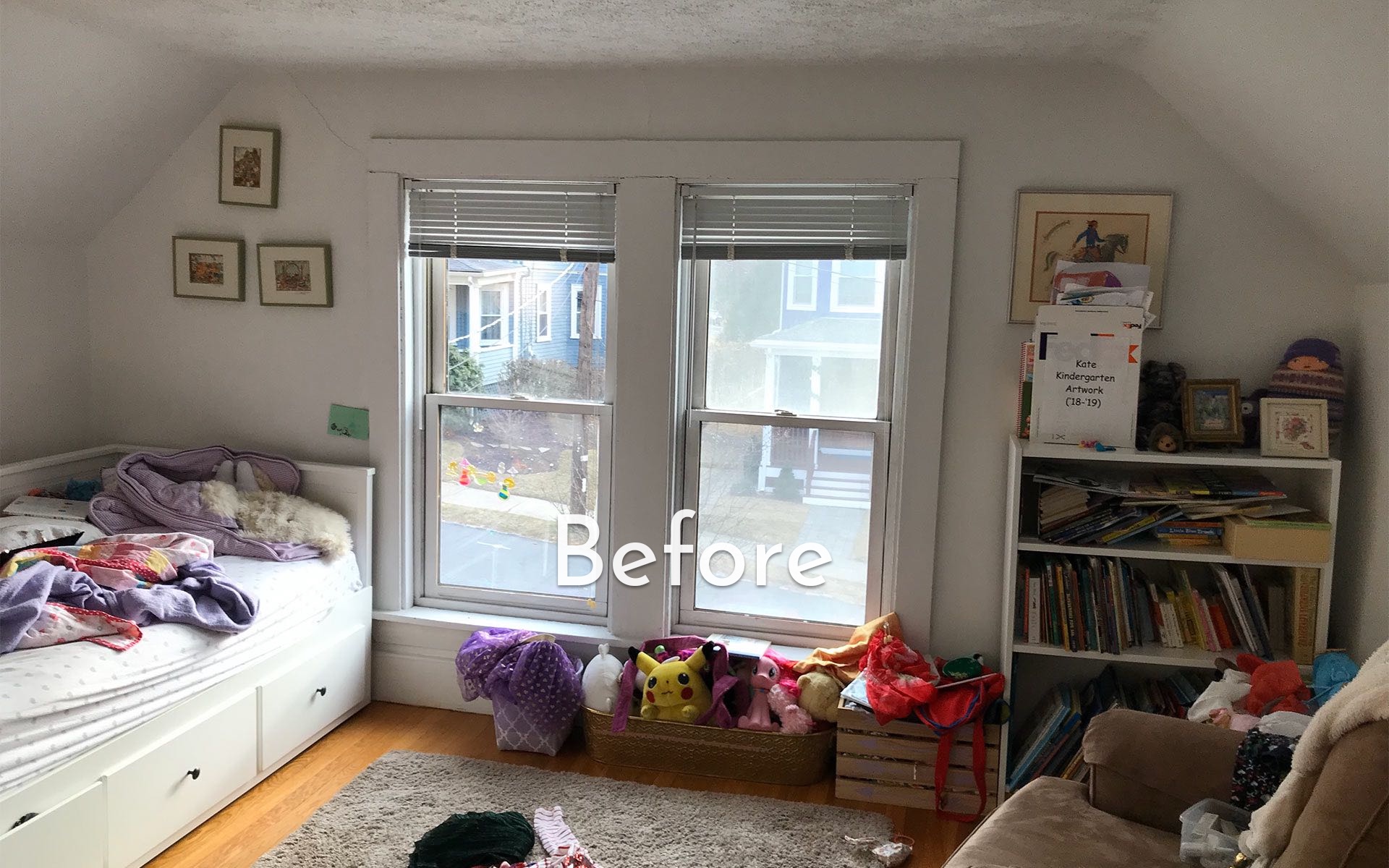 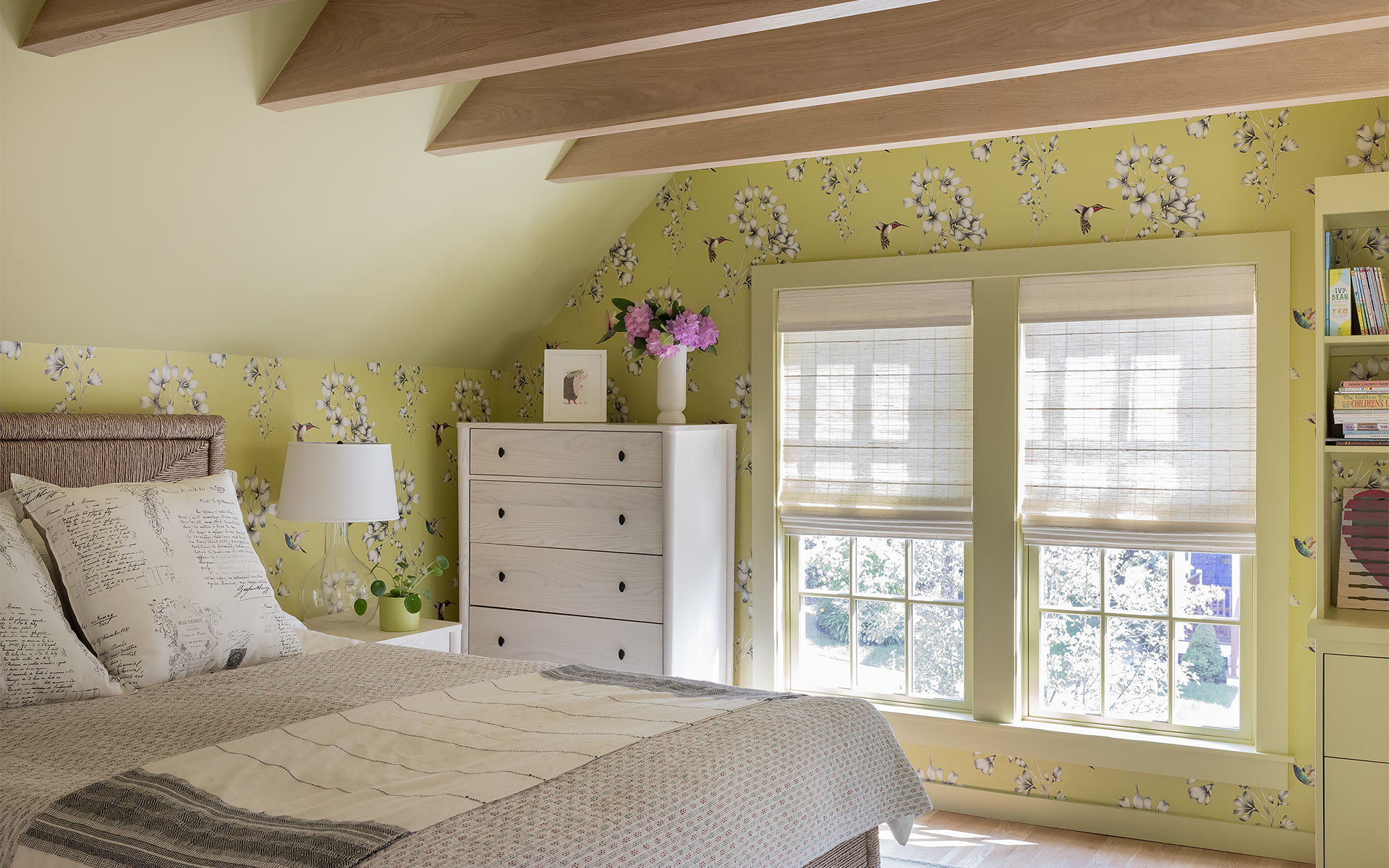 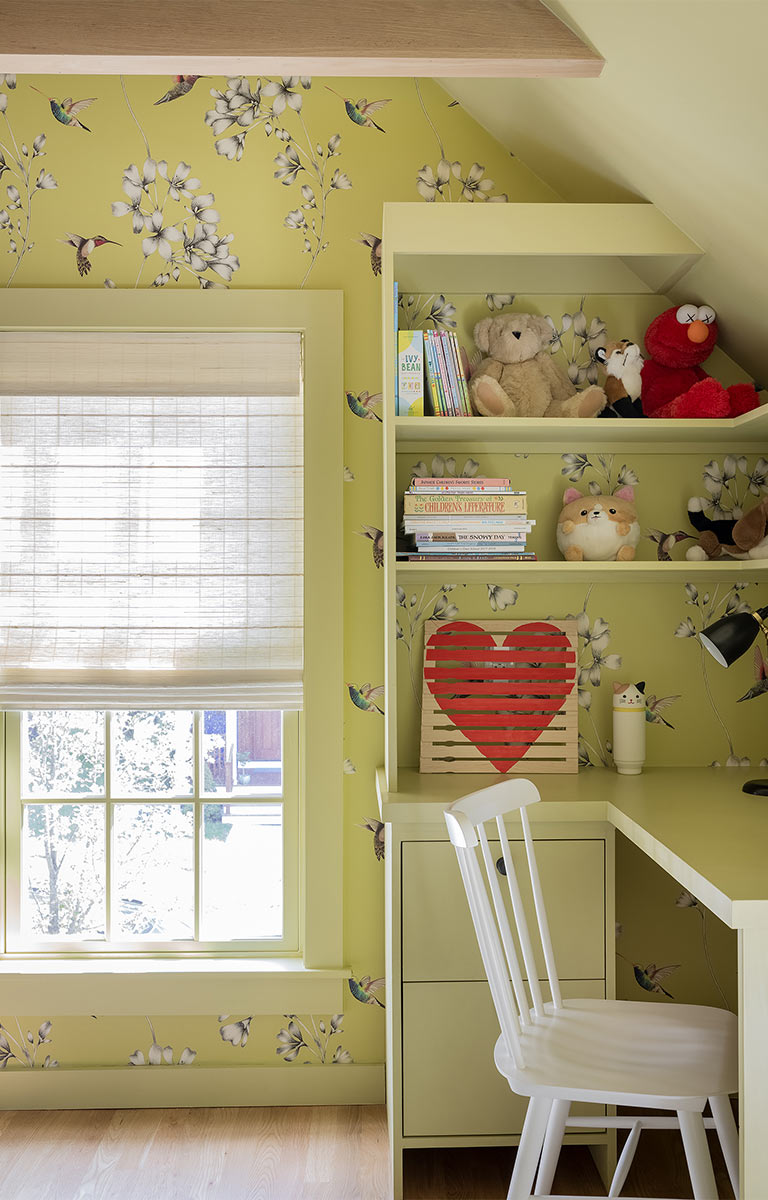 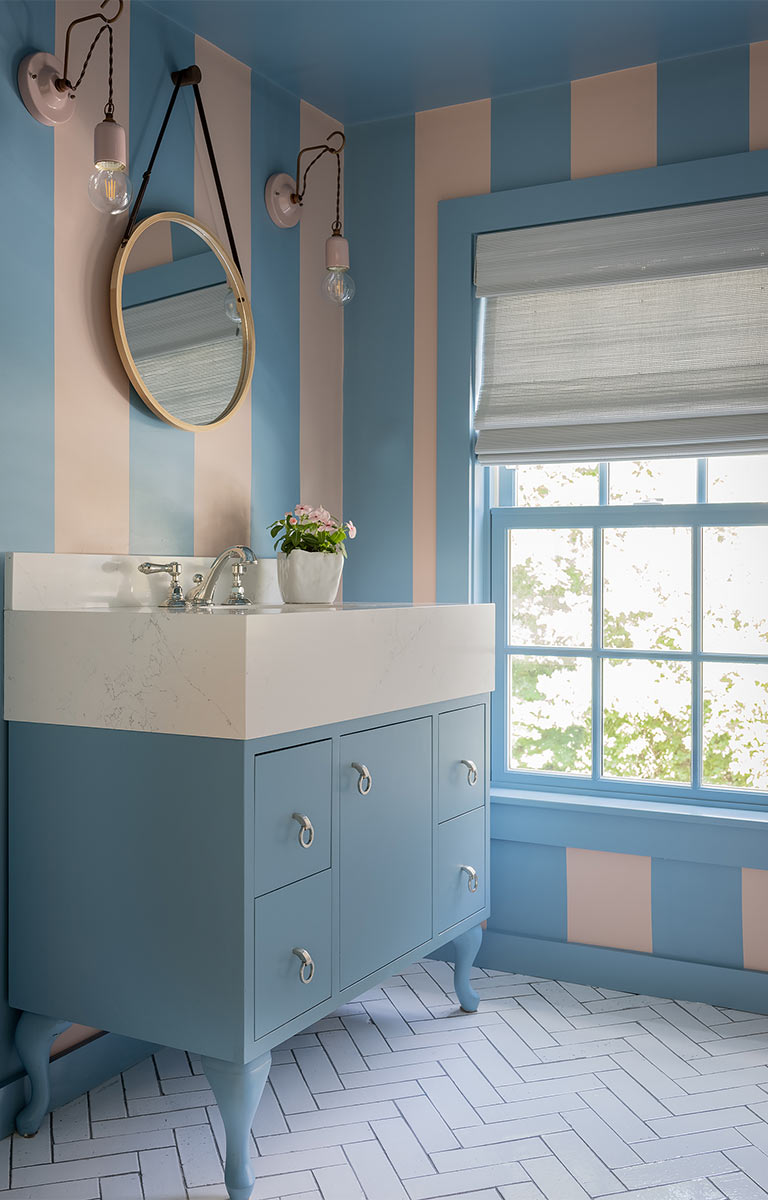 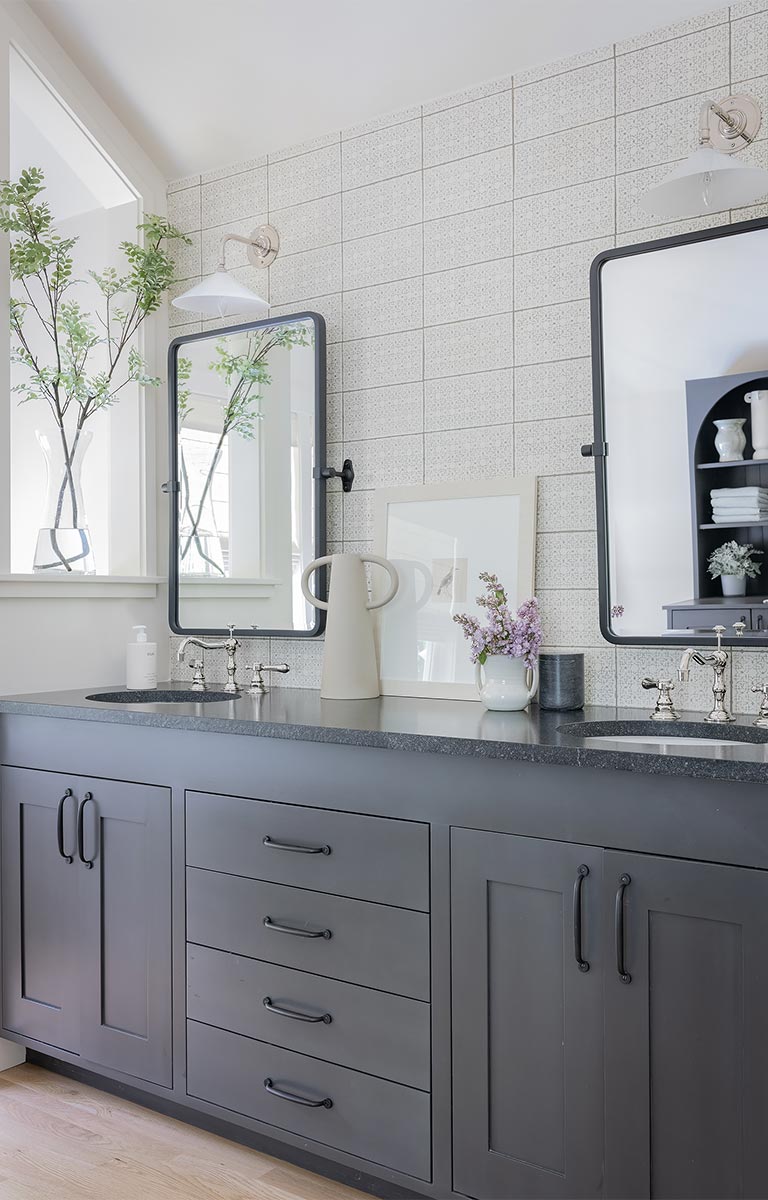 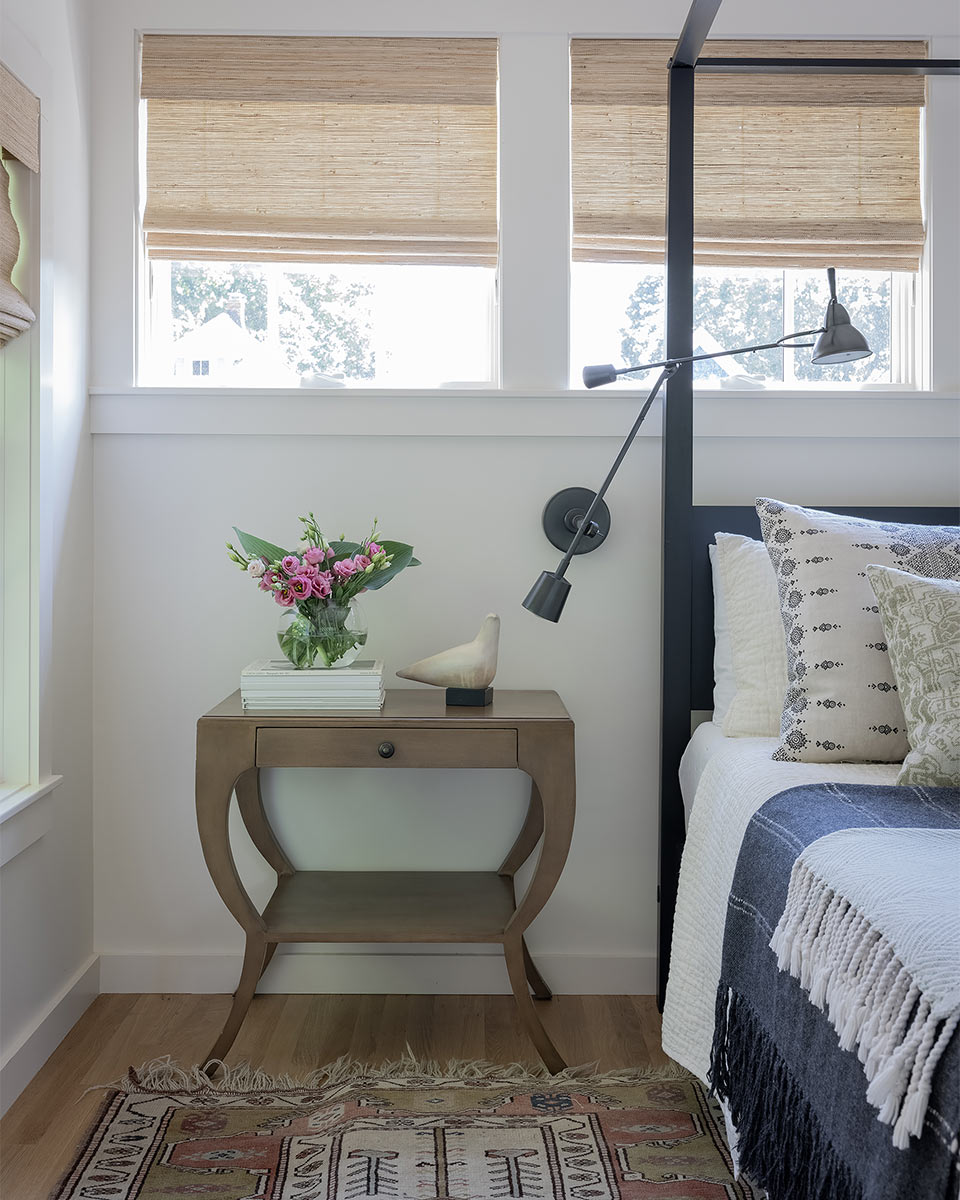 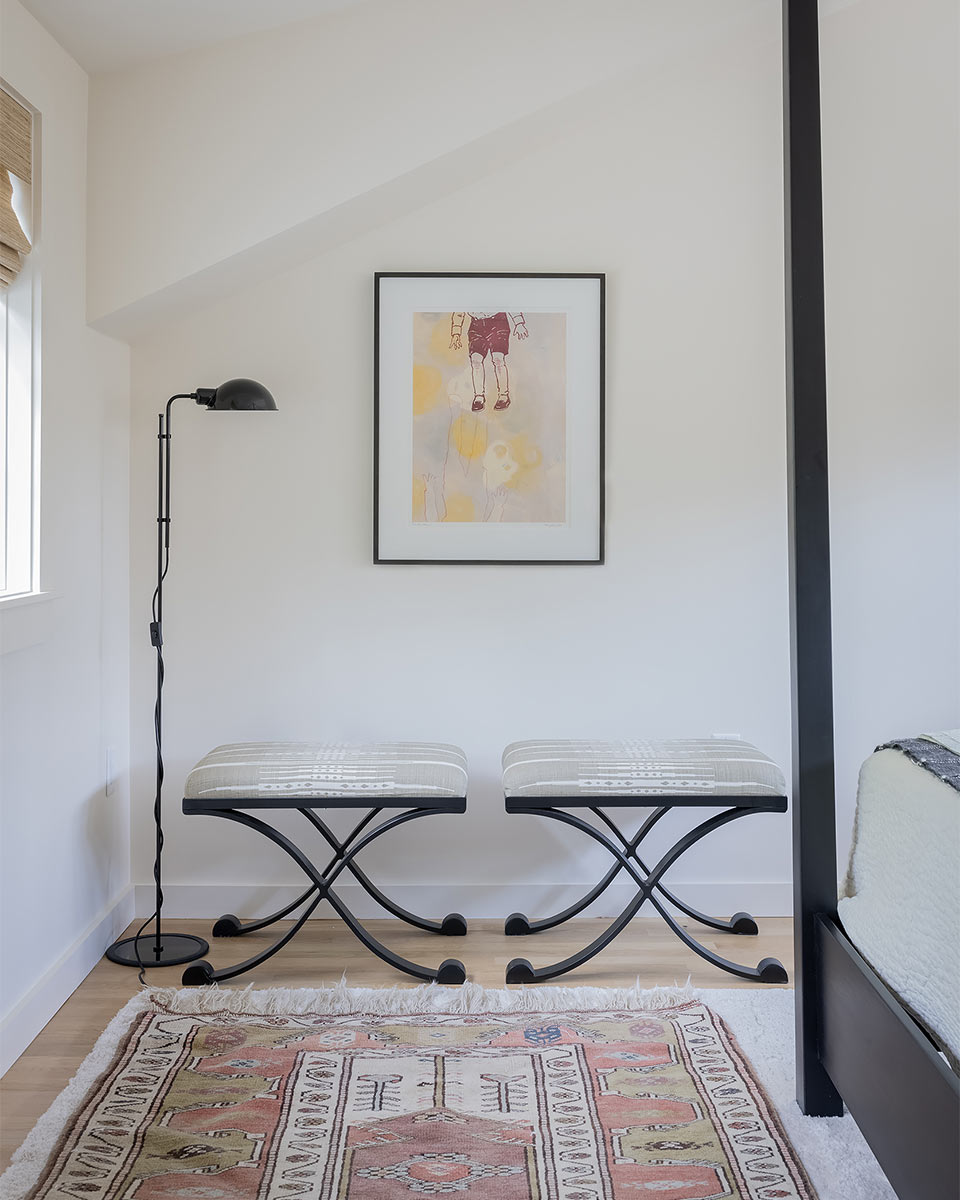 The owners of this home in a quiet Winchester neighborhood had lived there for a decade before taking on their gut renovation/addition project. The turn-of-the-century Victorian home had plenty of charm, but also a small footprint divided into several small rooms, and an enclosed kitchen not connected to a larger living area.

At the outset, the client provided a collection of photos of kitchen and living spaces they found appealing. Working with the architect, we incorporated elements of each image, despite their varied aesthetics, into a unified design under the theme of expanded Victorian Farmhouse.

Cooking is a major hobby for the husband, and the couple love to entertain. They frequently gather with large groups of friends and their families, and wanted a large common, connected area for cooking, dining, and living on the first floor.

They required a kitchen space large enough to accommodate two islands, two sinks, and two dishwashers necessitating a good deal of real estate. So the new first floor, including the addition, was designed predominately around their kitchen needs.

We incorporated the existing fireplace that we re-faced with clay tile and surrounded with cabinetry, into the enlarged kitchen area. And we created an adjacent dining space with built-in banquette seating.

After a lot of research, the owners chose Blue Star appliances, including a 60” wide cooktop, an exposed hood, double-wall ovens and fridge. We settled on the royal blue color based on the blue and white French glazed ceramic backsplash tile. The white cabinetry and hickory beams, island faces, soffit and flooring rounded out the material selections. The island closest to the range also received a reclaimed hickory countertop with an inset of soapstone surrounding the sink.

A huge variety of heavy-duty smaller appliances also needed to be housed, many requiring immediate accessibility. Most of those appliances found a home beneath the new atrium space on one side of the kitchen that provides abundant natural light as well as architectural interest.

We included a small bar on that wall too, where the husband displays his expansive whiskey collection. And we found extra space just outside the main kitchen to add a pantry where a large wine cooler found its home, along with more cabinetry.

The Living Room area, which along with the Main Bedroom Suite above, became the addition, is open to the kitchen and dining area and features two walls of glass doors that expose the back yard that will soon include a patio and outdoor kitchen.

Not much was retained of the original interiors except the wide pine floor planks in the entranceway and den and the stained-glass window at the base of the steps. We transitioned to black and white geometric patterned concrete tile, replacing the newer wood flooring that had been laid years ago, and installed hickory floorboards for the new 1st floor main living area.

The only post-renovation low ceiling height that remained on the 2nd floor was in the hallway. We raised the new Main Bedroom ceiling and added clerestory windows. The low drop ceiling in the daughter’s bedroom was demoed to expose the gable roof. We clad the existing beams in her room in white oak, and drenched the room in a soft, pleasing apple green.

The color fun was continued in the soon-to-be-teenager daughter’s bathroom, featuring walls with pale pink and cerulean blue stripes, and a crackle finish ceramic tile in the same blue above the tub/shower. We lucked out with the color match of the rusty wired sconces above the mildly whimsical, custom vanity.